I was once told by an academic that Jane Austen’s Northanger Abbey was the least read of her six major novels. Shocking. I can’t think why; or why we even need to rank masterpieces among masterpieces. I adore it. I will admit that it was the last of her major novels that I read, so I may be proof to her pudding. Yes, the academic shall remain unnamed and duly forgotten; but Northanger Abbey should not.

I sincerely regretted waiting so long to read it. I laughed and rolled my eyes at the incredible skill of Austen at parodying Gothic romances, and for creating a hero, unlike any of her others, whose sense of humor and endearing charm make the über romantic icon Mr. Darcy dull in comparison to Mr. Tilney’s sparkling wit. Who, pray tell, could not love a man who loves a woman who thinks she cannot speak well enough to be unintelligible, or who thinks people who have no pleasure in a good novel are intolerably stupid? *swoon*

Northanger Abbey sequels are as scarce as a comely heiress. I can count them on one hand. There Must Be Murder, by Margaret C. Sullivan is a welcome addition to the slim collection. At 118 pages and twelve chapters it qualifies as a novella. I am not complaining. At all. I will take a Jane Austen sequel continuing the story after the wedding of our heroine in the making Catherine Morland and Austen’s most underrated hero Henry Tilney without hesitation, but with a wary eye. The story has a promising beginning. The tone is pleasing and the reverence to canon characters a relief.

We find Catherine and Henry comfortably settled as newlyweds at Woodston parsonage in Gloucestershire. Ever the thoughtful romantic, Henry proposes that they celebrate the anniversary of their first meeting in Bath with a visit to the city. Once there they are reunited with Henry’s sister Eleanor and introduced to her new husband Lord Whiting. Also in attendance at the Lower Rooms is Henry’s father the dour autocrat General Tilney, his recently widowed wealthy neighbor Lady Beauclerk, her twenty-seven year-old unmarried daughter Judith, and her husband’s nephew and heir Sir Philip Beauclerk. Catherine is happy to dance the night away, while family differences bubble and stew. 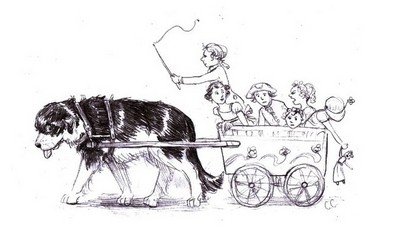 As Henry and Catherine continue to enjoy the delights of Bath attractions, they begin to learn that there are suspicious circumstances involving the death of General Tilney’s neighbor Sir Arthur Beauclerk brought forward by his widowed sister Fanny Findlay. She believes his death had not been natural – and it appears that many in this unhappy family would benefit from his early demise. The suspects stack up like winter cordwood ready for the fire. Is it the wife, Lady Beauclerk, eager to be free of his miserly pocketbook?  The daughter, Miss Judith, squashed by parental oppression? The dissipated nephew, Sir Philip, prohibiting his uncle from changing the will? Or the sister, Mrs. Findlay, ready to bump off all the heirs in line before her to regain the family fortune? Catherine’s Gothic inspired imagination may serve her well as a detective, if Henry can temper her impulses and guide them to a logical conclusion.

There Must Be Murder had me hooked at Henry reading Udolpho, Anne Radcliffe’s classic Gothic novel, to his young bride in bed. Brilliant. It is exactly how I envisioned their marriage would continue: Henry romantically feeding his wife’s passion for a horrid novel and Catherine finding new insights from the text from his patient and humorous explanations. The story cleverly builds, slowly layering in new characters, revealing family conflicts, planting evidence. Along the way we revisit Milsom-street, Beechen Cliff, the Pump-room, Laura Place and all the highlights of Catherine’s first adventure in the beautiful Georgian-era city. Sullivan has captured the charm and endearing delight of Austen’s characters beautifully, added new ones rich in folly and nonsense, and a Newfoundland dog named MacGuffin who steals every scene. The numerous illustrations by Cassandra Chouinard are enchanting. My only disappointment was in the length. It was over much too quickly. Austen’s Henry Tilney would have been annoyed, claiming this shortcoming was “nice.”  We will agree.

18 thoughts on “There Must be Murder, by Margaret C. Sullivan – A Review”