I recently read Havisham, your prequel and retelling of Charles Dickens Great Expectations, one of my favorite Victorian novels. Your choice to expand the back story of the minor character Miss Havisham, the most infamous misandry in literary history, was brilliant. Jilted at the altar she was humiliated and heartbroken, living the rest of her days in her tattered white wedding dress in the decaying family mansion, Satis House. Few female characters have left such a chilling impression on me. I was eager to discover your interpretation of how her early life formed her personality and set those tragic events into motion.

Dickens gave you a fabulous character to work with. (spoilers ahead) Born in Kent in the late eighteenth-century, Catherine’s mother died in childbirth leaving her father, a wealthy brewer, to dote upon his only END_OF_DOCUMENT_TOKEN_TO_BE_REPLACED 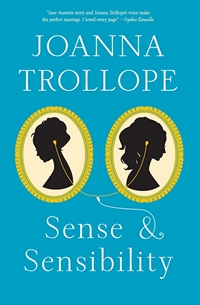 Many books have been written to continue the stories of the characters that Jane Austen created, including sequels, prequels, continuations, and diaries. Most of these books have been written about the most popular of her novels, Pride and Prejudice while ignoring some of her other different, but equally well-written and beautiful novels–Sense and Sensibility, Northanger Abbey, Emma, Mansfield Park, and Persuasion. Now for the first time, all six of Jane Austen’s books have been re-imagined and set in the 21st century. The Austen Project has started their new series with an update of Sense and Sensibility by Joanna Trollope—a version filled with unique problems and surprises from today’s world, while still holding true to some of the qualities in Jane Austen’s original novel that makes Sense and Sensibility a timeless tale of sisterhood and second chances. END_OF_DOCUMENT_TOKEN_TO_BE_REPLACED

I must say, out of all of the derivatives of Pride and Prejudice variations that exist in this realm (yes, also including the erotica variety), I never thought I’d come across a steampunk version. When one thinks of steampunk, one envisions gears, motors, and mechanical technology that are as far removed from the refined halls of Pemberley as one can get. However, such is the beauty of the Pride and Prejudice variation subgenre: anything that can connect to the original work, no matter how slight it may be. It is up to the reader to decide whether or not such a connection was warranted in the first place! So, it’s no surprise that I was quite intrigued when given the chance to review Steampunk Darcy by Monica Fairview. I just had to know how such juxtaposition would work out.

William Darcy has a special fondness for his ancestors, the very real Mr. and Mrs. Fitzwilliam Darcy END_OF_DOCUMENT_TOKEN_TO_BE_REPLACED

What Janeite would not stop dead in her tracks when she spies “Colin Firth” in the title of a book? Mia March’s latest offering Finding Colin Firth: A Novel certainly set off all my bells and whistles. The smolderingly sexy British actor not only won our hearts when he emerged dripping wet from Pemberley pond as Mr. Darcy in the 1995 adaptation of Pride and Prejudice, but he also has an acclaimed career, winning the best actor Academy Award in 2011 for The King’s Speech. Who wouldn’t want to find Colin Firth? But no, dear friends, this is not a “How to” book sharing tips and advice on how to track and successfully have a Firth encounter. Eeesh! It’s a work of fiction about three women unknowingly bound together and whose lives intersect when the actor is slated to film a movie in a coastal Maine town. Daily rumors of Mr. Firth’s arrival fuels fantasy and stirs the excitement in their lives and aspirations. (Just imagining spotting Mr. Firth in my little town sets this fan-girl’s heart racing!) END_OF_DOCUMENT_TOKEN_TO_BE_REPLACED

From the desk of Stephanie Barron:

When the movie can’t help but be much better than the book:

A confession of my own, as I embark on this review: I write a series of mystery novels set in late-Georgian and Regency England, which feature Jane Austen as a detective. As a result, I might be regarded as a partial and prejudiced judge of The Regency Detective, a novel by the British screenwriting duo of David Lassman and Terence James (The History Press, 2013).  The pair are developing their story for British television, an honor I may receive only when hell freezes over, and they firmly state that the project is backed by the Bath City Council, Bath Film Office, Bath Tourism Plus, The Jane Austen Centre, and several other organizations too trivial to name throughout the city. A trifling note of bitterness on my part, or a waspish tone to this review, ought therefore to be acknowledged before being dismissed—because END_OF_DOCUMENT_TOKEN_TO_BE_REPLACED

Before Mr. Darcy’s Little Sister (2010), Miss Darcy Falls in Love (2011), Georgiana Darcy’s Diary (2012) or Loving Miss Darcy (2013), or any of the other numerous Pride and Prejudice sequels elevating Georgiana Darcy to main character, there was Presumption: An Entertainment, by Julia Barrett (1993). Of all of the minor characters in Pride and Prejudice, Mr. Darcy’s younger sister is the logical choice to continue the story. She has many points in her favor. Being young, beautiful, wealthy, and accomplished she is certainly heroine material—and living at Pemberley with her brother Fitzwilliam and sister-in-law Elizabeth does not hurt either.

The first Pride and Prejudice sequel ever published, Pemberley Shades (1949), also continued her story. What could go wrong in this scenario you ask? Well plenty, if the author takes the liberties that Barrett does—but that does not mean the story is not enjoyable—if you can abide change, and the characters acting in conduct unbecoming an officer and a gentleman, or lady. I will hint that the title Presumption foreshadows more than mirroring Austen’s use of verbs in her own titles. END_OF_DOCUMENT_TOKEN_TO_BE_REPLACED 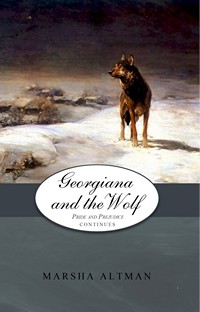 From the desk of Veronica Ibarra

As if reading about the continued lives of our favorite characters from Pride and Prejudice and that of their children is not fascinating enough, send one Georgiana Bingley to seminary in France, throw in a murder with the rumor of a werewolf, and you potentially have something quite interesting. Such is Marsha Altman’s Georgiana and the Wolf, the sixth installment of her Pride and Prejudice Continues series. If you have not read any of the previous books then you are in luck as this one, though connected via Georgiana, can stand on its own without any confusion that reading a series out of order can cause.

Inspector Robert Audley has been pulled off a case in Paris and ordered to a small country town where the Marquis de Maret is rumored to be a werewolf and a murderer. With his engagement to Lady Heather Littlefield threatened by these rumors the marquis is eager for Inspector Audley to put an end to them. But things quickly become complicated as “the famed inspector of Paris” Audley uncovers a tangled web of clues that point to not one but two killers as more are found dead, and finds that Lady Littlefield’s companion Georgiana Bingley seems to be far more adept at gathering information than he.

Georgiana Bingley is the daughter of Charles Bingley and Jane Bennet, but little is made of this. All that is familiar to the avid Austen fan goes largely by the wayside because even though Georgiana is central to the story, where she comes from, who her family is, and any dowry attached to her is of little significance to this story.

The main character of this tale is Inspector Audley. It is through his eyes (and thoughts) that we are led through his investigation and distraction. Because of this we are kept focused on the case, but even as Audley finds the case baffling, it is clear that his distraction is the only thing really keeping him from solving the case. Though the particulars were interesting enough to keep me reading, I did not find myself baffled by it in the least. END_OF_DOCUMENT_TOKEN_TO_BE_REPLACED

In case you’re like me and can never seem to get enough of your favorite Jane Austen characters, The Disappearance of Georgiana Darcy will have you curled up next to the fires at Pemberley in no time. Just don’t expect to stay too long… for there’s a mystery to be solved!

This book is a sequel to a sequel. It follows the events of not only Pride and Prejudice, but also Regina Jeffers’s other Austen-inspired novel, Christmas at Pemberley. For those of us who haven’t got a chance to check out that volume yet, don’t worry – the author spends time catching us up on all the important details. Mr. and Mrs. Darcy are happy at home at Pemberley, glowing after the birth of their first child, Bennet. Georgiana has also experienced some changes of her own. She has married END_OF_DOCUMENT_TOKEN_TO_BE_REPLACED

From the desk of Laura A Wallace:

The Countess of Carnarvon has written a biography of one of her predecessors:  Almina, Countess of Carnarvon, wife of the 5th Earl of Carnarvon.  This book lacks depth but is fairly well written and well researched.  It does not purport to be a sophisticated biography, being entirely without footnotes or endnotes, and claims, in the Prologue, to be “neither a biography nor a work of fiction, but places characters in historical settings, as identified from letters, diaries, visitor books and household accounts written at the time.”  I found this characterization a little puzzling because it is clearly a biography and does not in any way approach fiction:  there is no dialogue and very little in the way of scenes or END_OF_DOCUMENT_TOKEN_TO_BE_REPLACED

“In the days when success in life had depended on marriage and marriage had depended on money, novelists had had a subject to write about. The great epics sang of war, the novel of marriage. Sexual equality, good for women, had been bad for the novel. And divorce had undone it completely. What would it matter whom Emma married if she could file for separation later? How would Isabel Archer’s marriage to Gilbert Osmond have been affected by the existence of a prenup? …Where could you find the marriage plot nowadays? You couldn’t. You had to read historical fiction. You had to read non-Western novels involving traditional societies. Afghani novels, Indian novels. You had to go, literarily speaking, back in time,” (22).

END_OF_DOCUMENT_TOKEN_TO_BE_REPLACED

When you think of Rock ’N’ Roll, two things besides music come to mind: sex and drugs.  Now think of Rock ‘N’ Roll and throw in the characters of our beloved Pride and Prejudice.  Yes, you read that right, Pride and Prejudice plus sex, drugs, and rock ‘n’ roll.  Such is the premise for Fitzwilliam Darcy: Rock Star, the innovative, contemporary retelling of P&P by author Heather Lynn Rigaud.

Fitzwilliam Darcy is the guitar god of Slurry, a rock band that also includes singer Charles Bingley and drummer Richard Fitzwilliam.  The three have a reputation of being hard partiers that enjoy a steady rotation of women, as well as being extremely difficult to work with.  A week before the next leg of their tour they are scrambling to find a new opening act when they come across Long Borne END_OF_DOCUMENT_TOKEN_TO_BE_REPLACED

Austen’s bad boy George Wickham gets top billing in this prequel to Pride and Prejudice that will surprise readers for more reasons than one first imagines.

Anyone who has read Jane Austen’s original novel or seen one of the many movie adaptations knows that Wickham is a bad man: a charming rogue, a gamester and an infamous eloper. But what influences molded his character and what forces drove him to his choices? Wickham’s Diary presents some interesting options for us to ponder. Was it nature or nurture that corrupted his soul? After knowing his story, will we be sympathetic, or ready to string him up? Here’s a case study: