Board books are a brilliant concept. A child’s first book-sized for their little hands printed on cardboard pages that are practically un-rippable, and, it doubles as a teething ring for toddlers. Add to that a Jane Austen theme and you are on your way to creating the next literati in the world.

In 2011, Jennifer Adams introduced us to Pride & Prejudice BabyLit, her first Little Miss Austen board book. It was a big hit. She has now created a cottage industry out of board books inspired by classic literature for very young readers including Jane Eyre, Moby Dick, The Hounds of Baskerville to name a few! Each one is exquisitely illustrated by Allison Oliver and handsomely published by Gibbs Smith, who excel at gift books and illustrated editions.

Sense & Sensibility: Little Miss Austen (BabyLit) is a beautiful package with a clever theme. On the front cover, we find the image of Jane Austen’s two heroines Marianne and Elinor Dashwood. Anyone who has read the original book, or seen any of the popular movie adaptations, will recognize the two divergent sisters and understand the irony that they have been chosen to represent an opposites primer. The fact that Marianne is impulsive and overly-romantic and Elinor stoic and even-tempered will matter not to toddlers or kindergartners. It is the adult that is buying the book. They will connect with the association and want to teach their child about it too. After all, you can never start too early with the education of Janeites. 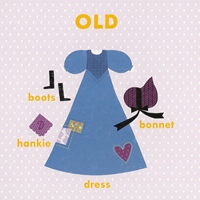 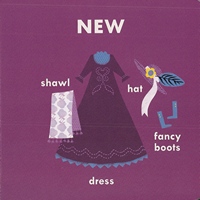 The book has eleven illustrations of opposites helping the child learn the differences between big Norland Park and little Barton Cottage, happy Mr. Willoughby and sad Colonel Brandon and single Marianne and Elinor and then married, symbolically standing on top of their own wedding cakes with their bridegrooms by their side. While the choices in Sense & Sensibility do not relate to the story as directly as they did in the Pride & Prejudice BabyLit counting primer, I still found the illustrations charming and the concept interesting and creative.

The BabyLit series is a fabulous way to introduce your budding scholar to the charms of literary classics, and ultimately introduce them to Jane Austen. I highly recommend them.