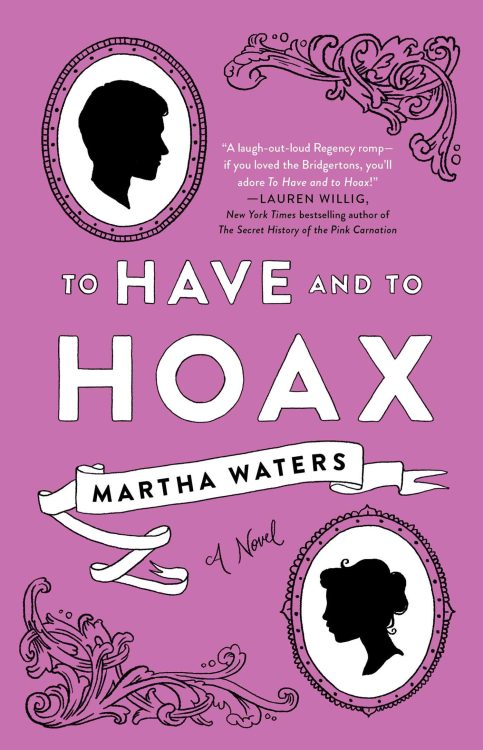 When we meet them again, Violet and James have been married for five years, four of which they have largely spent not speaking to one another. Violet spends her days in their London home, entertaining friends, cataloging the library books, writing poetry, and sending letters to the editor of various journals under a male pen name. James, like any well-born Englishman, enjoys time at his club with his friends, but much of his days are also spent managing the lucrative stables his father gifted him upon his marriage to Violet. These stables, we learn early on, have long been a source of tension between the newlyweds; from the earliest days of their marriage, Violet has worried about James’ safety around the unbroken horses and resented the amount of time he spends at the stables. James—who has some serious issues with his frankly horrible father—wishes she could understand that he took the stables both to show his father that he is capable of more than his father gives him credit for and to create extra income, so he could lavish her with a country house.

We get hints through both characters’ perspectives that the first year of their marriage included many arguments about the stables—but more than that, it was filled with mutual respect, friendship, and an extremely enviable sex life. The source of their estrangement is hinted at, but not fully revealed until much later in the book, and even James and Violet’s closest friends don’t know what caused their final, devastating argument.

It takes James falling from an unbroken horse to make Violet admit to herself that maybe, just maybe, she isn’t as indifferent to him as she has been telling herself for the past four years. But when she rushes to the country to be with him and finds James irritated that she was told about his accident at all, Violet decides he deserves a taste of the fear she experienced when she thought he was dying. Concocting a scheme to make him realize he cares for her, she sets off a chain of increasingly absurd attempts at one-upmanship from each of them.

Waters’ writing is sharp and witty, and I found myself truly laughing out loud from the first page when Violet mentally reacts to her mother’s constant admonitions against being “ruined”:

“So frequently did her mother use the word to warn against Violet’s unsuitable behavior that she had come to imagine it always with a capital R. One visited ruins; one was Ruined.” (1)

Waters uses such moments cleverly throughout the book; her one-liners tend not to be there purely for laughs, instead also showing the reader facets of her characters’ minds and personalities. It’s romantic comedy at its best, genuinely funny, and genuinely full of heart and passion.

And, oh, the passion! Despite their four-year abstinence from one another, Violet and James are clearly genuinely in love—and lust—with each other. Though both are in some ways recognizable as archetypical Regency romance characters—he as a beta male who is willing to admit his faults, she as the too-clever-to-be-confined-to-the-drawing-room leading lady—they are still uniquely suited to one another. I adored James for his encouragement of Violet’s literary and scientific pursuits, and I loved that Violet when we get to the point where they finally decide to work their problems out physically in some seriously steamy sex scenes, was as unreservedly sexual as her husband.

There are also, for historical fiction buffs, a plethora of details about Regency-era London that made me feel as if I were right there with Violet and James—Waters clearly did her research.

The only real issue I had is the same one I have with almost all romantic comedy: if the characters had only talked to each other, none of the games between them (and there are many—any they are childish) would have been necessary. I won’t give away the reason for their estrangement, but they truly could have saved themselves years of heartache by putting aside pride and communicating. But then again, we wouldn’t have had any of their delightful banter to enjoy!

Both James and Violet’s closest friends say this exact thing on more than one occasion, urging the couple to communicate even as they, often in spite of their better judgment, help them execute yet another game of one-upmanship. These side characters are as fully realized and delightful as the main ones, and I, for one, am hoping to see more of them in the future.

Molly Greeley is the debut author of The Clergyman’s Wife: A Pride & Prejudice Novel (2019). She earned her bachelor’s degree in English, with a creative writing emphasis, from Michigan State University, where she was the recipient of the Louis B. Sudler Prize in the Arts for Creative Writing. Her short stories and essays have been published in Cicada, Carve, and Literary Mama. She works as on social media for a local business, is married and the mother of three children but her Sunday afternoons are devoted to weaving stories into books. Her next novel, The Heiress: The Revelations of Anne de Bourgh (A Pride and Prejudice Novel) releases on January 5, 2021. Visit Molly at her website.

We received a review copy from the publisher in exchange for an honest review. Austenprose is an Amazon affiliate. Cover image courtesy of Atria © 2020; text Molly Greeley © 2020, austenprose.com.

8 thoughts on “To Have and to Hoax: A Novel, by Martha Waters — A Review”