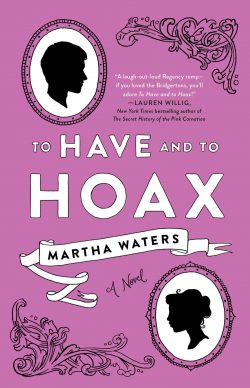 When we meet them again, Violet and James have been married for five years, four of which they have largely spent not speaking to one another. Violet spends her days in their London home, entertaining friends, cataloging the library books, writing poetry, and sending letters to the editor of various journals under a male pen name. James, like any well-born Englishman, enjoys time at his club with his friends, but much of his days are also spent managing the lucrative stables his father gifted him upon his marriage to Violet. These stables, we learn early on, have long been a source of tension between the newlyweds; from the earliest days of their marriage, Violet has worried about James’ safety around the unbroken horses and resented the amount of time he spends at the stables. James—who has some serious issues with his frankly horrible father—wishes she could understand that he took the stables both to show his father that he is capable of more than his father gives him credit for and to create extra income, so he could lavish her with a country house. END_OF_DOCUMENT_TOKEN_TO_BE_REPLACED