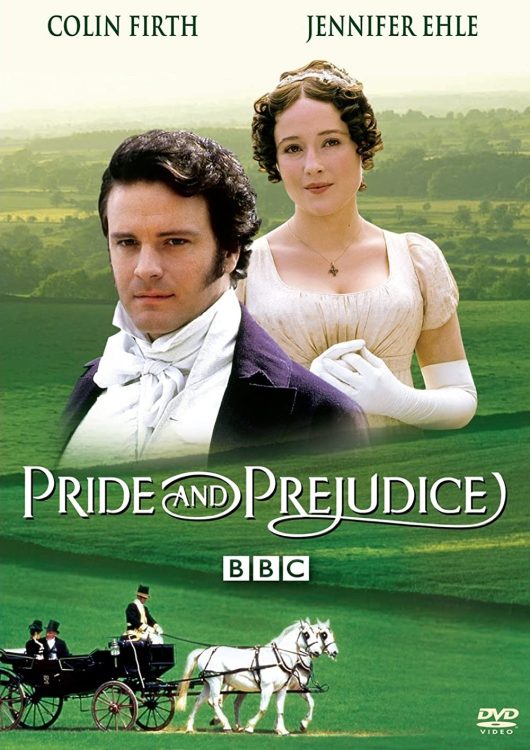 Eighteen years after it first aired on BBC One in October 1995, the television mini-series Pride and Prejudice (1995) is still blowing bonnets off Janeites and wowing them in the aisles! This week in London a twelve-foot statue replicating Colin Firth’s portrayal of Mr. Darcy’s famous wet shirt ascent from the Pemberley pond was revealed. Its superhero size seems apropos in relation to the impact that the mini-series had on Britain in 1995, in the US when it aired on A&E in 1996, and the world. If that was not eye-popping enough, the scene recently topped a poll of the ten most memorable British TV moments! 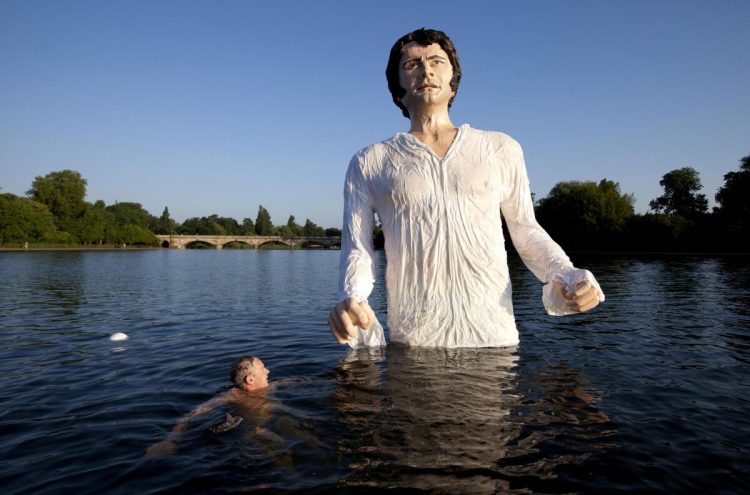 The lasting impression that Pride and Prejudice (1995) has had on pop culture can be found in this 2013 art installation in a London lake recreating the scene of Colin Firth as Mr. Darcy emerging dripping wet from Pemberley pond

An Energized and Sexier P&P

Wet shirt Darcy may have fluttered hearts across the world, but let us not forget that there are five hours and thirty-nine other minutes to enjoy too. The screenplay based on Jane Austen’s 1813 novel was written by Andrew Davies and introduced a more energized and sexier version of the classic love story than viewers had previously experienced with the 1980 BBC mini-series or the 1940 MGM theatrical movie. It was a modernized Austen that purist detested, Janeites embraced, and the general public adored, converting millions into fans and launching the Austen renaissance that we are enjoying today. 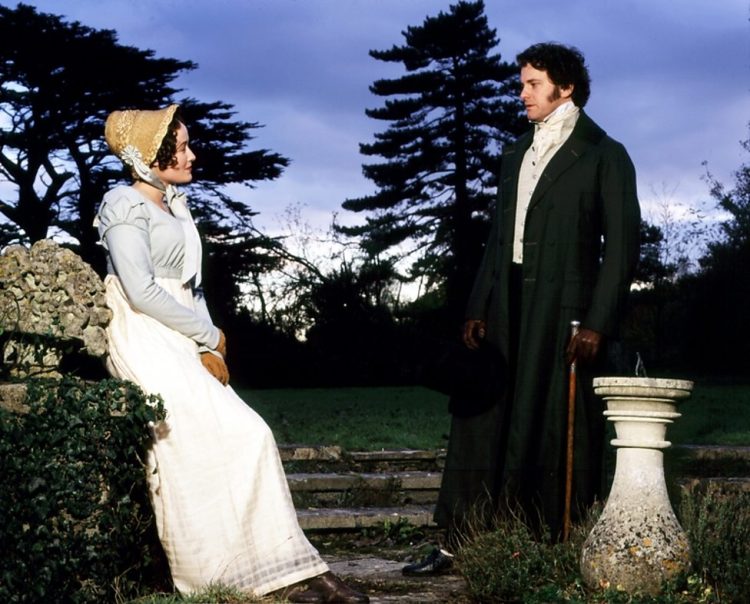 Jennifer Ehle and Colin Firth star as the famous couple, Elizabeth Bennet and Mr. Darcy, in the TV mini-series of the classic love story Pride and Prejudice, by Jane Austen

In 2010 the producers issued a re-mastered edition of Pride and Prejudice 1995 to much acclaim. With the reveal of the giant Mr. Darcy in the Serpentine at London’s Hyde Park this week, I can hear the clicks of computer keyboards across the world purchasing the DVD and watching streaming video on NetFlix. We may now receive our entertainment through modern technology, but P&P 95 is a pure Regency era fix. From sumptuous costumes, authentic English manor houses and superb acting, viewers are still entranced by the world that Jane Austen created and producer Sue Birtwistle recreated. Even though we have been privileged with several adaptations of Austen’s classic story since P&P 95 was aired, nothing can match it for production value and sheer squee appeal.

This mini-series is so well-known and there has been so much written about over the years that I will not attempt to post a synopsis or rehash the nuances of the changes that were made by the screenwriter, director, and production team. At a certain point, we all must just accept what was done and enjoyed it, again and again. I will, however, talk a bit about my first impressions to the series and my evolution in embracing it. 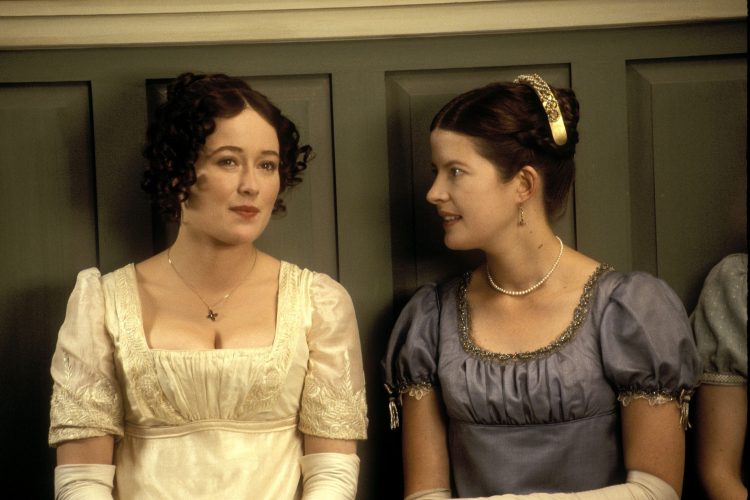 A New Adaptation of a Classic Story

In 1996 the US television station A&E actually showed period drama. When they advertised a new P&P mini-series I was really looking forward to watching a new adaption of a classic story. I was curious about what they would do with my favorite author’s novel and how it would compare to the BBC P&P 80 staring David Rintoul and Elizabeth Garvie, which I adored. With great anticipation, I watched the first episode. The production values were stunning and the plot and dialogue were being fairly faithful to Austen’s intentions. But, I was not impressed enough with the direction and performances. In fact, I was so annoyed with Jennifer Ehle’s as Elizabeth Bennet that I could not continue watching the series—and did not. Her Elizabeth seemed too smug and conceited for me. I did not like her at all as a person, and I could not get past it. I was furious. What had they done to my Elizabeth? 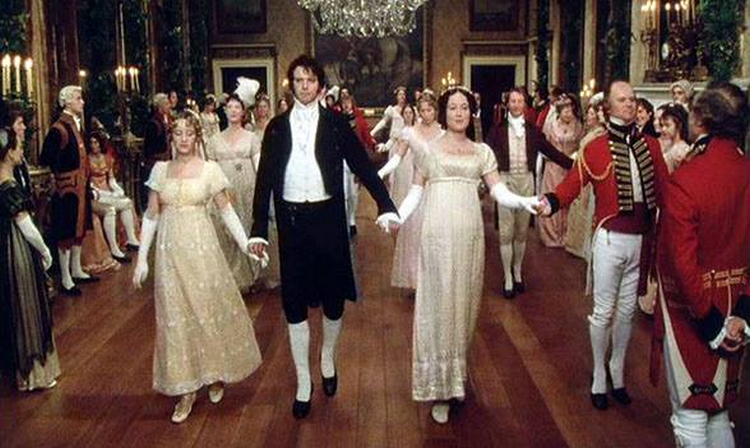 The high production values of Pride and Prejudice (1995) is exemplified in the costuming, music, period accuracy, and locations in the dancing scene at the Netherfield Ball

Flash forward three years to 1999 and I am visiting a friend’s home and I arrive to find the P&P 95 playing on her TV. She is addicted to it and watches it continually, much to the annoyance of her husband. I am entranced. Did I miss something and not give it a proper try? Now, my friend knows that I love Jane Austen and is shocked that I had not seen the entire mini-series and puzzled why I did not like it. We proceed to watch the entire five-hour series in one sitting together. I was converted and now totally hooked. How could I have been so hard on it the first time I viewed it? My aversion to Jennifer Ehle’s Elizabeth was banished. She was conceited, but that was what Austen had intended. After my reread of P&P, I was certain of it. AND Colin Firth as Darcy was just a knockout. My jaw dropped when I saw the wet shirt scene for the first time—and my girlfriend and I squeed and laughed and exclaimed our amazement. That was NOT in the novel! But WHO cared? It was fabulous. We, of course, had to rewind the VHS tape and re-watch it several times! 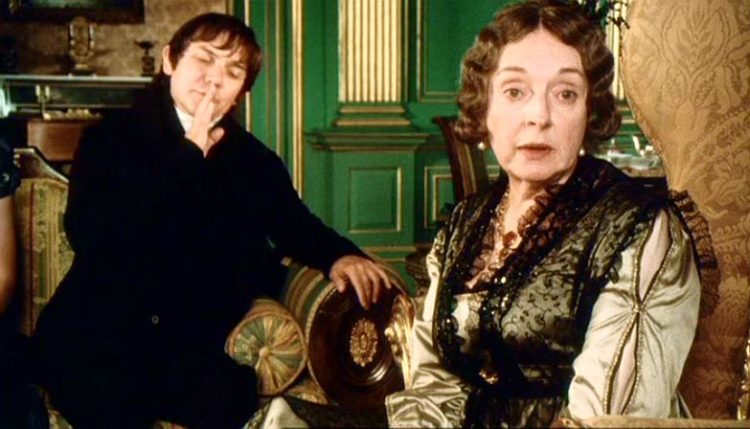 David Bamber as Mr. Collins and Barbara Leigh-Hunt as Lady Catherine de Bourgh both portray the humorous, foibled characters that Jane Austen is renowned for

There were other performances that were just amazing too. 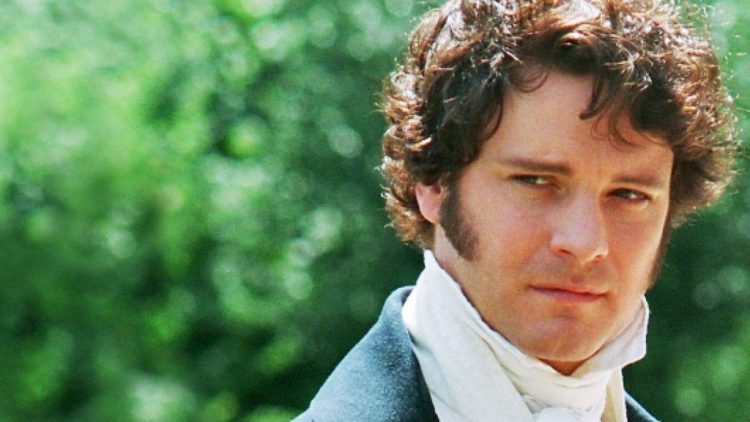 Colin Firth as Mr. Darcy, a handsome man of good fortune, but with an attitude

Jennifer Ehle won the BAFTA for her Elizabeth. I still like Elizabeth Garvie’s interpretation in the 1980 version better, but Ehle’s Elizabeth did grow on me. Colin Firth as Darcy was just masterful. It made him a star, and for good reason. His Darcy is stiff enough that we despise him for snubbing our heroine Elizabeth and yet his transformation from prig to passionate suitor totally wins us over. He is, to put it frankly, a dreamboat of a catch for our Lizzy. Handsome, rich and contrite. LOL, what young lady could hope for more? I have followed Firth’s career and enjoyed almost everything I have seen him in. Since P&P 95 he has been well recognized for his talent winning an Academy Award, a Golden Globe, a BAFTA and the Screen Actors Guild Award. 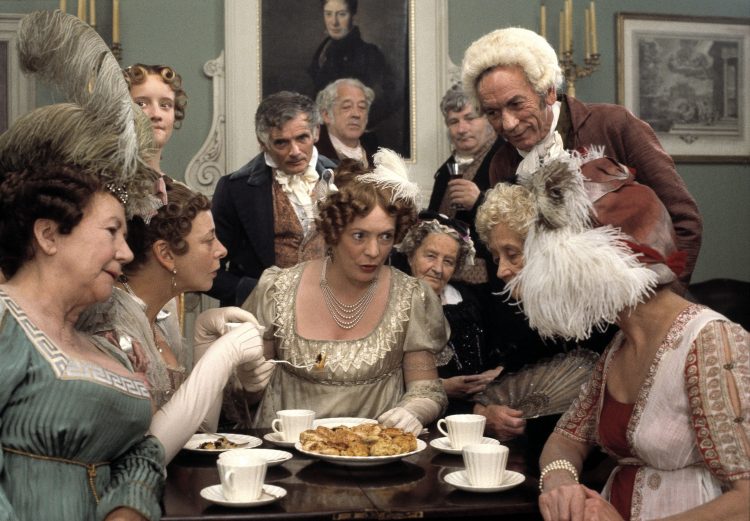 Alison Steadman as the overly anxious Mrs. Bennet, a lady consumed with finding husbands for her five daughters

There are many superb performances but I must place David Bamber’s Mr. Collins as one of the most brilliant portrayals of Austen’s toady, odious reverend ever. It never fails to make me laugh-out-loud. Allison Steadman as Mrs. Bennet is also hysterical. I will never look at a lace hankie again and not think of her. Barbara Leigh-Hunt as Lady Catherine de Bourgh is so imperial and imposing that you just want to slap her. 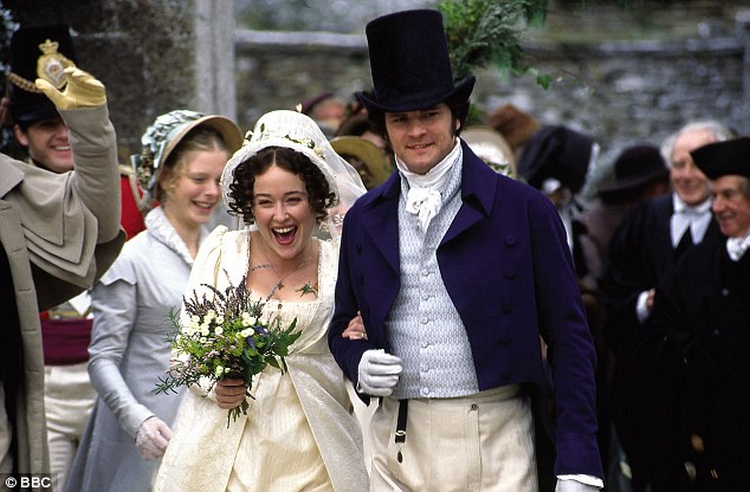 A happily-ever-after ending for Elizabeth and Darcy

Pride and Prejudice (1995) remains one of my favorite Jane Austen adaptations. I watch it annually and it never ceases to entertain and amaze. It remains a cherished cultural phenomenon.

We viewed this mini series on Amazon video with our subscription to BritBox. Austenprose is an Amazon affiliate. Images courtesy of BBC & A&E © 1995; text Laurel Ann Nattress © 2013, austenprose.com. Updated 7 October 2022.