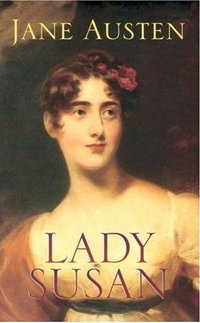 Jane Austen’s epistolary novel Lady Susan has never received much attention in comparison to her other six major novels. It is a short piece, only 70 pages in my edition of The Oxford Illustrated Jane Austen: Minor Works containing forty-one letters and a conclusion. Scholars estimate that it was written between 1793-4 when the young author was in her late teens and represents her first attempts to write in the epistolary format popular with many authors of her time. In 1805, she transcribed a fair copy of the manuscript but did not pursue publication in her lifetime. The manuscript would remain unpublished until 54 years after her death with its inclusion in the appendix of  her nephew James Edward Austen-Leigh’s biography of his aunt, A Memoir of Jane Austen in 1871.

The story centers around its titular character, Lady Susan Vernon, a very recent widow in her mid thirties. Described by her sister-in-law Catherine Vernon as “delicately fair” possessing “an uncommon union of symmetry, brilliance,” these positive attributes may be the only compliments that she receives in the whole novel. There is more than a breath of scandal preceding Lady Susan’s arrival at her in-laws estate of Churchill. The gossip mill claims that while staying as a guest at Langford, she was evicted by its Mistress Mrs. Manwaring for engaging at the same time, the affections of two men who were “not at liberty to bestow them,” namely her husband, and the fiancé of her young sister-in-law. Nonplused, she moves on to her next residence the country estate of her deceased husband’s younger brother Charles Vernon and his wife Catherine. When word reaches Mrs. Vernon’s younger brother Reginald De Courcy that Lady Susan will be her houseguest, he is eager to meet the most “accomplished coquette in England” promptly arriving knowing full well her scandalous past. Her unprincipled artifice and its fallout can all be explained, and very cleverly. Possessing a command of the language that can “make black appear white,” she prides herself upon the pleasure of making a person predetermined to dislike her convert to her advocate. It is not long before Reginald falls into her net of deceit and under her romantic control, much to the displeasure of his family. Revolving around this “Mistress of deceit” is her terrified sixteen-year old daughter Frederica who she is attempting to marry off to a wealthy buffoon Sir James Martin, the elderly De Courcy parents who hear all the news of the infamous Lady Susan through their daughter Mrs. Vernon, and Lady Susan’s confidant, the equally unscrupulous Alicia Johnson married to a gouty man who in Lady Susan’s view is “too old to be agreeable, too young to die.” They are two peas in a pod, and through Lady Susan’s disclosure to her friend, we see her schemes, machinations, and truly captivating wicked nature.

Outrageously fun and artfully melodramatic, Lady Susan is the sleeper novel of Jane Austen’s oeuvre whose greatest fault lies in its comparison to its young sisters. Since few novels can surpass or equal Miss Austen’s masterpieces, Lady Susan should be accepted for what it is – a charming, highly amusing piece by an author in the making who not only presents us with interesting and provocative characters, but reveals her early understanding of social machinations and exquisite language. Its biggest challenge appears to be in the limitations of the epistolary format where the narrative is revealed through one person’s perspective and then the other’s reaction and reply, not allowing for the energy of direct dialogue or much description of the scene or surroundings. Given its shortcomings it is still a glistening jewel; smart, funny, and intriguing wicked.

13 thoughts on “Lady Susan, by Jane Austen – A Review”