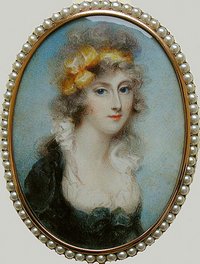 Over the next two weeks we shall be delving into Lady Susan, one of Jane Austen’s most surprisingly wicked novels. Often overlooked by scholars and readers, Lady Susan has lately become the bonus novel tacked on by publishers eager to entice buyers into purchasing yet another edition of Jane Austen’s Complete Novels, now beefed up from six novels to seven. In comparison to her younger and larger sisters, Lady Susan receives very little notice or praise. Scholars have not helped in its promotion brushing it off as a minor work; an early experiment by an author in the making who would never return to the epistolary format, nor pursue its publication during her lifetime.

If Lady Susan is truly as light-weight and unworthy as the eighty or so pages that it equals, why did Austen transcribe a fair copy in 1805 and keep it safely among her papers? She obviously though it had merit and might return to it for re-write as she did her other early novels: Sense and Sensibility, Pride and Prejudice and Northanger Abbey. Upon first reading, I was struck by the difference in tone to her later works. There is nothing subtle or gently reproving about the plot or characters that she is famous for – yet it is Austen – a younger and less polished version, raw, energetic, outrageous, and I love it!

The next two weeks of my life will be consumed by Lady Susan Vernon. As I entertain the most “accomplished coquette in England” I hope that you will be as enchanted as I by her bewitching powers.

View the complete and expanded character list of Lady Susan. (spoilers ahead)