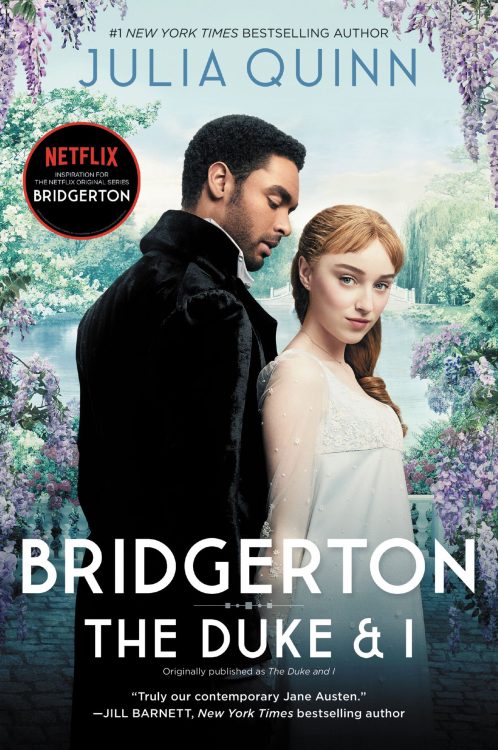 Julia Quinn’s Bridgerton novels were among the first Regency romance novels I ever read. Completely captivated by their charm, humor, and abundance of stomach quivering moments, I quickly devoured all eight. The Duke and I, published in 2000, is one of my favorites. It’s the story of the romance between Daphne Bridgerton and Simon Bassett, the Duke of Hastings.

For the uninitiated, the Bridgerton family consists of eight siblings, four brothers and an equal number of sisters. They’re named alphabetically: Anthony, Benedict, Colin, Daphne, Eloise, Francesca, Gregory, and Hyacinth. The books were not published in that order, however. Daphne’s story, The Duke and I, was first in the series.

As the book opens, Daphne is in her second season, attending a ball at Lady Danbury’s home (Lady D is a beloved recurring character in the Bridgerton books.). Daphne has had a few marriage proposals from men she’s not interested in. They’ve been either elderly or ridiculous. One of the latter is Nigel Berbrooke, who’s inebriated at the ball and follows her when she slips away from her mother, a relentless matchmaker. Simon happens by just as Daphne is discouraging Nigel’s advances. Simon decides he must intervene, only to see Daphne punch the man squarely in the jaw. A masterful scene, full of witty, flirtatious banter between Daphne and Simon, follows. But when Simon figures out she is Anthony Bridgerton’s sister, he’s on his guard. After all, one of the first rules of seduction is, “Thou shalt not lust after thy friend’s sister.”

Simon’s background is revealed in the Prologue. His mother dies in childbirth, and when Simon doesn’t speak until he’s four years old and then stutters, his cold father all but disowns him. With a loving nurse to help him, and his own perseverance and hard work, Simon overcomes his speech problems and eventually graduates from Cambridge with a first in mathematics. His father has since died without ever making things right with his son. To spite the man, Simon has vowed never to marry and produce and an heir. He wants the dukedom to go to another branch of the family or die out altogether. Hatred of his father has consumed Simon for most of his life.

Daphne has one overarching problem. Men think she’s really nice, but not exciting, and therefore they don’t pursue her. Simon, however, finds her tempting and is also impressed with her beauty, poise, and generosity. Daphne is attracted to Simon, thinking “his face was quite simply perfection.” And so they form a plan. Simon suggests that they pretend to have a “tendre” for each other. She will attract more suitors because of his perceived interest in her; he will be left alone by the matchmaking mothers. When the time comes, Daphne will be the one to cry off. Simon is quite clear at the outset that he doesn’t wish to marry. Ever.

After approval of the scheme from a very reluctant Anthony Bridgerton, Daphne’s oldest brother and Simon’s closest friend, the two put their plan into action. Simon attends a Bridgerton family dinner and accompanies them on a boat trip to Greenwich. Events such as these make Simon envious of Daphne’s large family, the way they love and look out for each other. And Daphne soon discovers that Simon’s eyes are “strangely hollow and shuttered,” making her believe he lacks meaningful connections with anyone. She longs to comfort him.

Perhaps inevitably, their physical attraction to each other grows until they can barely control it. Daphne realizes she’s in love with Simon. One evening at a ball, the two walk in the garden and give in to their desires. Anthony catches them, and when Simon refuses to marry Daphne, saying, “By tomorrow I’ll be on the continent,” Anthony challenges him to a duel.

Deeply hurt by Simon’s rejection of her, Daphne nevertheless schemes through the night with her brother Colin to stop the duel. She believes Anthony is angry enough to shoot Simon, and further, that Simon won’t defend himself. Suffice it to say, she succeeds in her mission. Daphne talks Simon into marrying her by telling him the ton will find out about her disgrace and she’ll be ruined. He gives in, but cautions her by saying he “can’t” have children, words misinterpreted by Daphne that will come back to haunt them in the second half of the book.

In a recent interview, Julia Quinn said she thought women loved her books because the heroes are “nice” rather than stereotypical alpha males. Even when they behave poorly, both Simon and Anthony are fundamentally decent and kind men. With one notable exception, the Bridgerton series women, in contrast to many Regency heroines being written today, want marriage and family more than a profession. Daphne Bridgerton is a perfect example. She may be the nicest girl in Society, but she has a backbone of steel and is more than willing to fight for Simon, whose demons threaten to destroy their happiness.

Quinn uses what I’ve come to think of as her signature phrasing perhaps a bit too frequently: “Quite simply,” “quite possibly,” “quite adorably,” “quite shamelessly.” It can feel not only repetitious but annoying. Regarding the plot, the fact that a smart man like Simon would allow his hatred for his dead father to ruin his own chance for happiness is a bit of a stretch, but Quinn’s deft hand at storytelling makes us believe and empathize with Simon.

Netflix has optioned all the Bridgerton novels. The first series, Bridgerton, is currently in production and will be released sometime this year. It’s billed as having a “race-blind” cast, and the main storyline features Daphne and Simon. Something to offer comfort during these dark days. I can’t wait. 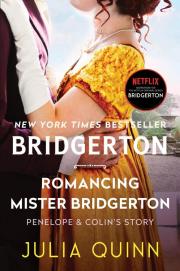 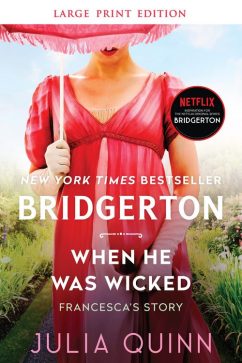 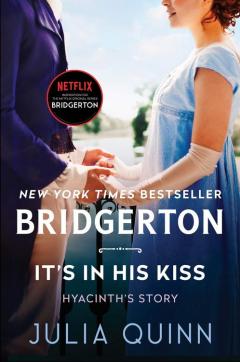 ADDITIONAL BOOK IN THE BRIDGERTON SERIES

We purchased a copy of the book for our own enjoyment. Austenprose is an Amazon affiliate. Cover image courtesy of Avon © 2019; text Pamela Mingle © 2020, austenprose.com

Have you read any of the novels in the Bridgerton series or by Julia Quinn?