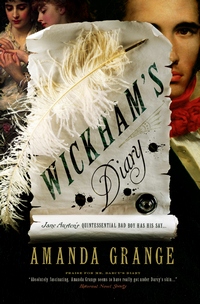 Please join us for the first stop on Austenesque author Amanda Grange’s blog tour of Wickham’s Diary, a new novella focusing on the early years of Jane Austen’s infamous ne’er-do-well from Pride and Prejudice, George Wickham, due out today from Sourcebooks.

LAN: Welcome Amanda. I am so excited that you have joined us today. You are renown in Austenesque fiction for your five (soon to be six) retellings of Jane Austen’s classic novels from the heroes perspective. Wickham’s Diary is your first foray into one of her bad boys. What was your inspiration for this new novella?

AG: Hi, Laurel Ann, thanks for having me!

The inspiration was this passage in Pride and Prejudice:

“Mr. Wickham is the son of a very respectable man, who had for many years the management of all the Pemberley estates, and whose good conduct in the discharge of his trust naturally inclined my father to be of service to him; and on George Wickham, who was his godson, his kindness was therefore liberally bestowed. My father supported him at school, and afterwards at Cambridge; – most important assistance, as his own father, always poor from the extravagance of his wife, would have been unable to give him a gentleman’s education.”

I’ve read Pride and Prejudice many times but each time I seem to find something new in it, and on a recent re-reading those words leapt out at me. They conjured up images of Wickham’s home life: a respectable father, an extravagant mother, and a young boy whose best friend was set to inherit a fortune  . . . I sat down and started to write. As I did so, I saw life through Wickham’s eyes: Pemberley, the Darcys and the difference in status between the two families, and I began to see why Wickham turned out so badly. I found it very satisfying to imagine his early life and to work out why, when he was raised in such a similar way, he turned out to be the opposite of Darcy.

LAN: In Pride and Prejudice, George Wickham’s dissipated nature is revealed slowly. Even Lizzy Bennet, a great observer of the “follies and nonsense, whims and inconsistencies” of character, falls for his charms. What motivates Mr. Wickham and how did you put yourself in his tall, black, shiny Hessian boots?

AG: I’ll answer the second part first, because I have to put myself in the character’s shoes before I can work out what motivates them.

First of all I made notes of everything Austen tells us about Wickham, eg Darcy saying Wickham was the “companion of my youth, the acknowledged favourite of my father, a young man who had scarcely any other dependence than on our patronage, and who had been brought up to expect its exertion”. I thought of the things he does during the course of the novel and the things Austen tells us he does before and after the novel; I thought of the relationships in his life, and I used all this to build up a picture of him from which I could deduce the missing pieces. Then I thought myself into his character in the way an actor thinks themselves into character, and that led me to his motivation, which, to me, boils down to a desire for easy living. He’s been brought up in affluent surroundings, he’s been sent to a good school and a good university, and in all ways he’s been treated like the son of a wealthy man. But in fact he isn’t the son of a wealthy man, and at the end of his privileged childhood he’s expected to go out and work for a living. That doesn’t appeal to George, who is intelligent enough to see that marrying a wealthy wife will bring him everything he wants, and that all he has to do is to exert his ready charm to get it. The fact that, in attempting to elope with Georgiana, he will be revenged on Darcy is the icing on the cake, I think, but Georgiana’s fortune is the real draw. After all, he attempts to run off with other heiresses later on, but he doesn’t attempt to take any further revenge on Darcy.

LAN: You delve into events before the narrative in Pride and Prejudice begins, introducing us to Wickham’s childhood at Pemberley and his mother. Would you say that learning about his early life makes his character more sympathetic for readers or is forewarned, forearmed?

AG: I think that will depend on the reader! I wanted to portray him as a rounded person and he has his tragedies and his difficulties in life like everyone else. But anyone who forgets that a snake is still a snake, no matter how sympathetic he is, had better beware!

LAN: The highly anticipated Henry Tilney’s Diary arrives in the UK on May 31, 2011 and in the US on December 6. This will be your sixth novel based on one of Jane Austen’s heroes. Some would say that you have saved the best hero for last. Can you share anything with us today about Mr. Tilney and other projects you have in the queue?

AG: I adored writing Henry’s Diary. It was probably the most difficult diary to write because I needed to capture Henry’s light-heartedness, but at the same time I need to capture the gloomy and melodramatic flavour of the Gothic novel. Not an easy task!

I decided to start the book when Henry is sixteen because I wanted to write about his family before their mother died, and because I wanted to write more about Henry and his sister. I’ve always loved their relationship, which is such a close and happy one. Here’s a short taster, taken from early on in Henry Tilney’s Diary when Eleanor is thirteen:

‘What is it this time?’ I asked her. ‘Milton, Pope, Prior? A paper from the Spectator, perhaps, or a chapter from Sterne? Or is it a copy of Fordyce’s Sermons?’

‘No,’ she said, laughing. ‘It is something much better. It is A Sicilian Romance.’

‘What? A novel?’ I asked, affecting horror.

‘And is it very horrid?’

‘I certainly hope so.’ She thrust it into my hands. ‘You may read to me as I sew. I have to finish hemming this handkerchief. Mama says she will deprive me of novels altogether if I do not pay more attention to my needlework.’

And out of her pocket she drew needle, thread, and the handkerchief.

‘It is a good thing you are still in your schoolgirl’s dresses, for such large pockets will be a thing of the past when you start wearing more fashionable clothes – which will not be too long now, I think. You are very nearly a young lady.’

‘Very well. But I see you have already begun.’

‘Not really. I have only read the first few pages, where the narrator says that he came across the ruins of the  castle Mazzini whilst travelling in Sicily, and that a passing monk happened to lend him an ancient manuscript which related the castle’s history.’

‘A noble beginning. And who lives in this castle? The heroine, I presume?’

‘And does she have any brothers and sisters?’

‘A brother, Ferdinand, and a sister, Emilia.’

‘I am glad to hear it. Brothers are always useful.’

As for future projects, next up is a short story in the Jane Austen Made Me Do It anthology, which will be out in October. My contribution is the story of Mr. Bennet’s courtship. I’ve always wondered why he married Mrs. Bennet and now I know!

LAN: I understand that you recently visited the Jane Austen House Museum in Chawton with fellow Austenesque author Jane Odiwe. Can you share your experience with us?

AG: We had a wonderful day and I thoroughly recommend a visit to the museum for anyone who can get there – details here Jane Austen House Museum. It’s an amazing experience to stand where Jane stood, to look out at her garden and to wander round her house. There were echoes of her everywhere and as I stood by the door looking out onto the street I found myself thinking, “A mind lively and at ease, can do with seeing nothing, and can see nothing that does not answer.”

But there was also another side to the house because it reminded me just how hard her life was in many ways. When I went into the outhouse and saw the washing copper I realized how much I love my washing machine!

The museum is run by lovely, dedicated people and the icing on the cake for me was that they invited me to give a talk there about my heroes’ diaries, so if anyone would like to come along I would love to see you. It’s on June 4 and there are full details on the website.

LAN: Now for a bit of fun. If you could be introduced to any of Jane Austen’s colorful heroes or villains, who would it be, and what penetrating question would you ask them?

AG: I would be introduced to Mr. Darcy before he met Elizabeth, and my penetrating question would be, ‘Will you marry me?’ J

LAN: Thank you for joining us today Amanda. Best of luck with this new adventure with one of Austen’s villains. I am hoping that we will see another novel of the diary of one of Austen’s bad boys – how about Henry Crawford, Frank Churchill or John Willoughby?

AG: I don’t have any plans in that direction at the moment, but you never know, I might just be reading one of those books again and something might jump out and shout, Write me! 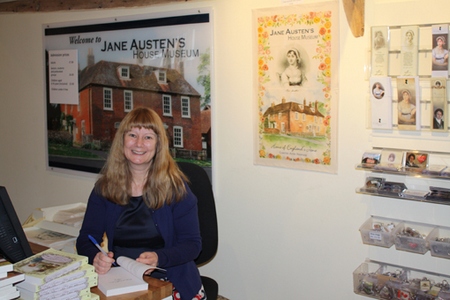 Amanda Grange was born in Yorkshire, in the north of England. She spent her teenage years reading Jane Austen and Georgette Heyer whilst also finding time to study music at Nottingham University. She went on to be a teacher and then managed to fulfill her ambition to become a published writer. Amanda has had eighteen novels published including five (soon to be six!) Jane Austen retellings, which look at events from the heroes’ points of view. Amanda Grange now lives in Cheshire, where she spends half her life in the twenty-first century and the other half in the early nineteenth century.

Enter a chance to win one of three copies of Wickham’s Diary, by leaving a comment answering what intrigues you most about reading the personal diary of one of Jane Austen’s bad boys, or which of Austen’s character you would like to see Amanda write about next, by midnight PT, Wednesday, April 13, 2011. Winner announced on Thursday, April 14, 2010. Shipment to US and Canadian addresses only. Good luck! 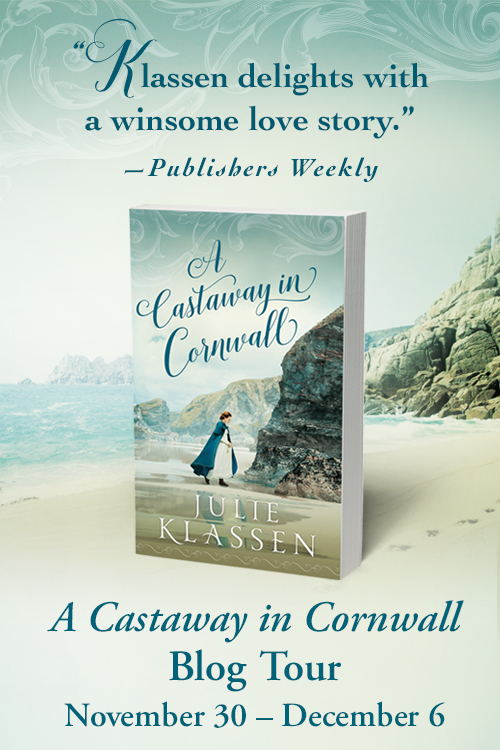 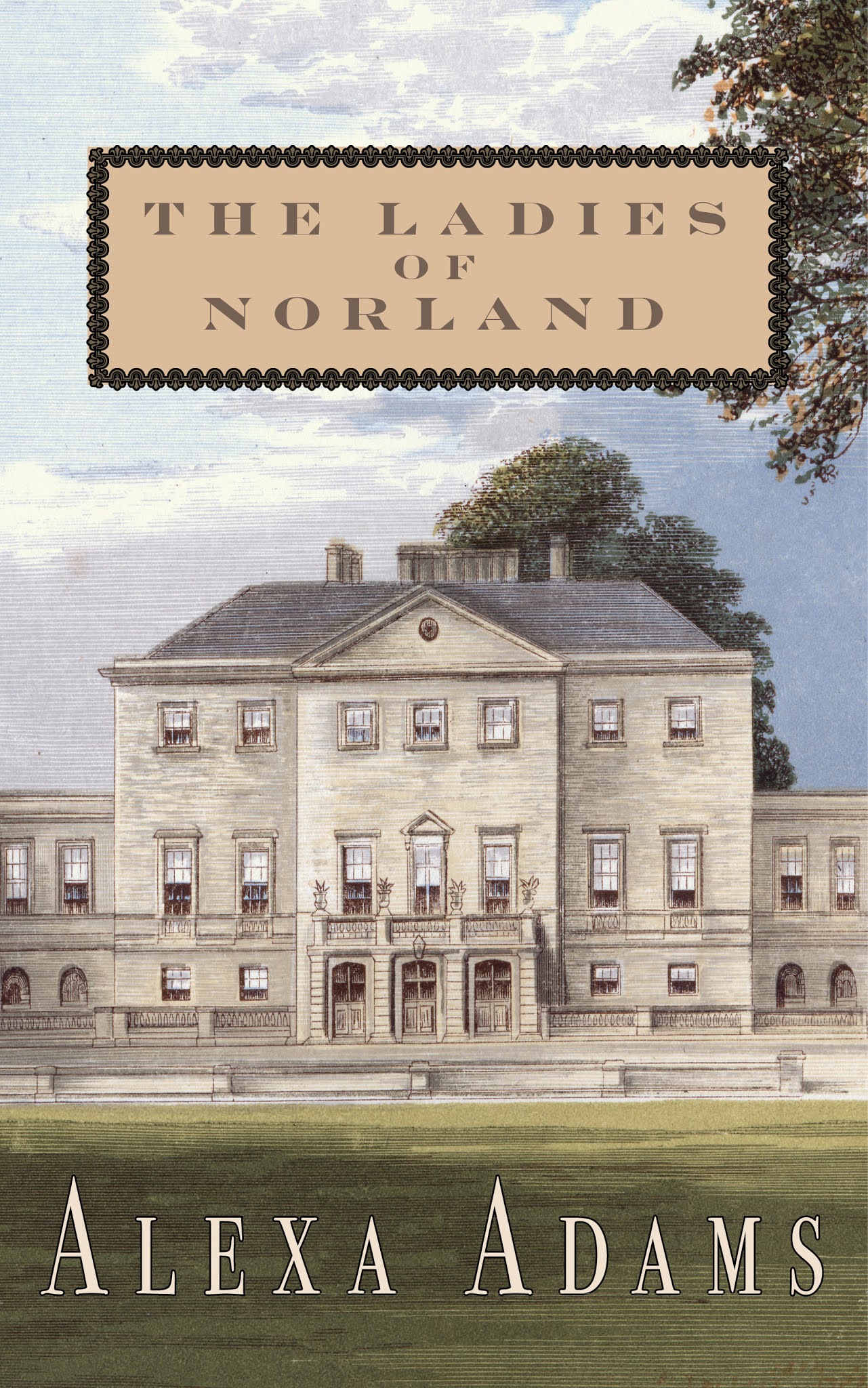