We know that Jane amused her family with the future life of her characters from her nephew James Edward Austen-Leigh’s biography A Memoir of Jane Austen (1870):

“She would, if asked, tell us many little particulars about the subsequent career of some of her people. In this traditionary way we learned that Miss Steele never succeeded in catching the Doctor; that Kitty Bennet was satisfactorily married to a clergyman near Pemberley, while Mary obtained nothing higher than one of her uncle Philips’ clerks, and was content to be considered a star in the society of Meriton; that the “considerable sum”’ given by Mrs. Norris to William Price was one pound; that Mr. Woodhouse survived his daughter’s marriage, and kept her and Mr. Knightley from settling at Donwell, about two years; and that the letters placed by Frank Churchill before Jane Fairfax, which she swept away unread, contained the word “pardon”. Of the good people in Northanger Abbey and Persuasion we know nothing more than what is written: for before those works were published their author had been taken away from us, and all such amusing communications had ceased for ever.”

As early as the 1850’s Jane Austen’s family attempted to complete her unfinished works. Some succeeded. Others did not.

Austen’s niece Catherine Anne Hubback (1818-1877), the daughter of her brother Frank, published The Younger Sister: A Novel (T. C. Newby) in 1850. It was based on Austen’s unfinished story The Watsons. Technically, it is the first published Austen sequel in the para-literature genre. It is classified as a completion.  In the 1860’s, another Austen niece, Anna Lefroy, was the first to attempt completing Sanditon, Austen’s last unfinished work written in 1817 when she was in failing health. Lefroy did not finish her task. Can you blame her? The shadow of her aunt must have been very imposing indeed.

The first sequel written as an entirely new manuscript was Sybil G. Brinton’s 1913 Old Friends and New Fancies. It is a clever combination of characters from each of Austen’s six major novels worked into Brinton’s own unique plot. Brinton wrote her novel not knowing that she was starting a whole new sub-genre in fiction that would not see fruition for another eighty years. Imagine a book buyer’s surprise when they happened upon the title? It must have seemed fantastical. Interestingly, the author sensed her reader’s puzzlement and attempted to forestall reproof, offering this prefatory note in the beginning of the book, a ‘little attempt at picturing the after-adventures of some of Austen’s characters’, based upon ‘the references to them which she herself made, and which are recorded in Mr. Austen-Leigh’s “Memoir.”’ One can only look back at her adventurous spirit in amazement.

As new authors were moved to write Austen-inspired sequels, and more Austen family members took up the banner, the output remained slim but the genre was still growing.

In the late 1920’s, one of the earlier authors to put pen to paper was another Hubback niece, Mrs. Francis Brown,  Jane Austen’s great grandniece. Born Edith Charlotte Hubback (1876-1947), she was the granddaughter of Catherine Ann Hubback (daughter of Austen’s brother Frank) who wrote The Younger Sister: A Novel in 1850. Mrs. Brown would write a completion of The Watsons (Elkin Mathews & Marrot Ltd., 1928), and two original novels Margaret Dashwood, or Interference (The Bodly Head, Ltd., 1929) and Susan Price, or Resolution (Bodly Head, Ltd., 1930).

The honor of the first Pride and Prejudice sequel would go to D. A. Bonavia-Hunt’s Pemberley Shades (Allan Wingate, 1949). Continuing Jane Austen’s famous story after the marriage of her hero Mr. Darcy and heroine Elizabeth Bennet, Bonavia-Hunt’s novel would be the precursor of many to come, remaining an amazingly fresh accomplishment today! Another significant contribution arrived twenty-five years later. Sanditon, by Another Lady (Houghton Mifflin Co., 1975) is a continuation of Jane Austen’s last unfinished work. It includes all 12 chapters of the original manuscript of Sanditon and the author Marie Dobbs, aka Anne Telscombe’s vision of how Austen might have completed it. After thirty-five years it remains a stand-out.

Only a few dozen more sequels were published until the mid-1990’s, when both Joan Aiken and Emma Tennant contributed the strongest impact to the genre by authoring a series of sequels: Mansfield Revisited: A Novel (Doubleday & Co., 1984); Jane Fairfax: A Novel to Complement Emma (Gollancz, 1990); and Eliza’s Daughter: Sequel to Sense and Sensibility (St. Martin’s Press, 1994) for Aiken and Pemberley: Or Pride and Prejudice Continued (St. Martin’s Press, 1993); and An Unequal Marriage: Or Pride and Prejudice Twenty Years Later (St. Martin’s Press, 1994) for Tennant. They were light amusements that puzzled Austen purists, and piqued the more adventuresome of Austen fans. The genre had evolved in numbers and readership, but it was not quite as widely known and accepted as it could be. 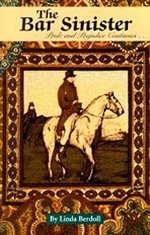 Interest remained strong by the public but guarded by publishers who feared that the market could not support more than a few authors in the genre. And then it all changed when the BBC aired a new five-hour mini-series Pride and Prejudice in the UK in 1995. Screenwriter Andrew Davies had given Austen’s classic story a more energized and sexy interpretation, including a provocative plunge by hero Mr. Darcy into the Pemberley pond. The image of the dripping wet-shirt Darcy was now etched in popular culture, escalating Austen and actor Colin Firth in to mega-star status.

Looking back, it is no surprise that most of the sequels written after the airing of the P&P mini-series were inspired by its characters, especially the hero Mr. Darcy. Darcy’s Story from Pride and Prejudice, by Janet Aylmer (1996); The Diary of Henry Fitzwilliam Darcy, by Marjorie Fasman (1997); Desire and Duty, by Ted and Marilyn Bader (1997); The Pemberley Chronicles, by Rebecca Ann Collins (1999); Letters from Pemberley, by Jane Dawkins (1999); Bar Sinister, by Linda Berdol (1999); and Mrs. Darcy’s Dilemma, by Diana Birchall (2001) were some of the early offshoots. Even though it has been over fifteen years since the mini-series of Pride and Prejudice aired in 1995, the character of Mr. Darcy is without a doubt the most inspiring to fan fiction writers today. A quick search at Amazon.com brought up over 570 titles with his name it in!

In the past two years there has been a small shift to sequels written after other novels.  Jane Austen’s final novel Persuasion appears the runner up of her favorites with fans, so it seemed a logical choice of inspiration. Author Laura Hile has written a trilogy after the secondary character Elizabeth Elliott. Mercy’s Embrace: Elizabeth Elliot’s Story Book 1- So Rough a Course (2009) starts the series off brilliantly. Another recent addition is by the talented author Jane Odiwe is Searching for Captain Wentworth (2012).

Jane Austen sequels, or Austenesque fiction, are now their own niche-genre in publishing. There are now hundreds of Austenesque novels inspired by our favorite author, her characters, her philosophies on life and love, and her world available today — and even more in the queue. Here at Austenprose, you will find many of them previewed, reviewed and author interviews for your edification and enjoyment.

“‘And what are you reading, Miss — ?’ ‘Oh! It is only a novel!’ replies the young lady, while she lays down her book with affected indifference, or momentary shame. ‘It is only Cecilia, or Camilla, or Belinda‘; or, in short, only some work in which the greatest powers of the mind are displayed, in which the most thorough knowledge of human nature, the happiest delineation of its varieties, the liveliest effusions of wit and humour, are conveyed to the world in the best–chosen language.” – Northanger Abbey

As you discover many of the Jane Austen sequels mentioned here on Austenprose.com, we hope that they inspire the lively effusions of wit and humor originating from the master of romance and social satire herself – Jane Austen.