Happy Friday dear readers. I hope that you have some fun plans in store for your weekend—like reading!

I am happy to welcome Austenesque author Elaine Jeremiah back to Austenprose today. We last visited with her in 2019 when she published By Time Divided, her second novel in her Love Without Time series. Next up for Elaine is also a Jane Austen-inspired story, Elizabeth and Darcy Beginning Again which releases on February 2, 2021.

This Pride and Prejudice variation spins a different narrative from the original from the point at which Elizabeth Bennet is walking to Netherfield Park and she unexpectantly meets Mr. Darcy. Things take a surprising twist.

Elaine has kindly shared an exclusive excerpt for your enjoyment to give you a finer understanding of the beginning of her novel.  Be sure to leave a comment to qualify to win an eBook of the novel.  Enjoy!

Little does Elizabeth Bennet think the journey across muddy fields from her home at Longbourn to Netherfield Park will change her life forever.

But an unexpected encounter with the proud and haughty Mr. Darcy leaves her injured and vulnerable. Worse still, she is left alone with him for a significant amount of time. Her reputation at risk, she is forced to make a decision about her future. Now her life will never be the same again.

Can Elizabeth ever be happy? Or will she always loathe Mr. Darcy?

Eventually, Elizabeth fell into a fitful sleep; she could not tell for how long. Her slumber, such as it was, was full of troubling dreams. One was of her arriving at Netherfield Park with Mr. Darcy, the Bingley sisters waiting on the steps, pointing fingers at her and openly accusing her of licentiousness. In another, she was driven in the Bingley carriage back to Longbourn, covered in shame, her father waiting to admonish her and forbid her ever to be seen in public again.

She awoke with a start. Her face was hot and she wiped her brow. She struggled to sit upon the chair. ‘Are you well, Miss Bennet?’ Mr. Darcy’s voice sounded strained and anxious. She had never heard him sound so before. His chair scraped on the floor as he pulled it closer to her own. When she met his gaze, she saw that his face was pale and drawn. Was he as apprehensive as she? She found that hard to comprehend. For what did he have to lose compared with her? She could lose her reputation, which would never be restored.

The pain shooting through her ankle made her ill-humoured. She gave him a grim smile. ‘I have a twisted ankle which is uncomfortable, to say the least, I am soaked to the skin and unable to change my clothing and I am also a young, unmarried woman trapped alone with a gentleman. After today, my reputation will be hanging by a shred. Apart from that, there is absolutely nothing the matter with me.’ Having said that, she had to resist the urge to fold her arms in a very unladylike manner and glare at him.

Elizabeth watched as Mr. Darcy’s lips parted. He appeared to look aghast at her and for a moment she thought he might make an angry retort. But he did not. Instead, he nodded, then leaned back on his chair, ran a hand through his luscious hair, and closed his eyes. She waited for him to say something, but he did not speak.

Finally, he turned to her and fixed his serious dark eyes on hers. ‘I know this is a difficult situation for you, Miss Bennet,’ he told her. ‘It is for us both. I understand your anxieties regarding preserving your reputation. As I said, I will do everything in my power to ensure that it remains intact. However, seeing as we are for the moment trapped here together, should we not endeavour to make the time pass with a little less monotony and moroseness?’

Elizabeth raised an eyebrow and a smile tugged at her lips, in spite of herself. Was it truly Mr. Darcy who had just spoken? He who was the personification of morose? Suppressing a laugh, she inclined her head. ‘You make a good argument, sir. In any case, it is not in my nature to yield to tedium or moroseness.’

He gave her a bewitching smile in return, which gave her that strange, giddy feeling again. ‘No, I would never suppose it to be,’ he said, then added, ‘We should try to engage each other in conversation, do you not think?’ When she nodded her agreement, he continued, ‘Of what would you wish to speak of?’

‘Oh, so it is I who must begin?’ she asked, keeping her tone light.

He shrugged. ‘Perhaps you have the most to say.’

She did allow herself a laugh this time. ‘I cannot imagine that to be true. For one thing, you must have seen a great deal more of the world than I. For another, as a gentleman, your education must naturally be far superior to my own and so it stands to reason that you ought to have more to say than I.’ She cocked her head as she regarded him. ‘No, I think it best that you begin,’ she added, wondering if he apprehended the irony in her speech.

Mr. Darcy leaned back on his chair and gave a deep-throated laugh that startled Elizabeth almost as much as when he had suddenly appeared before her earlier that morning on his horse. ‘You make a fine argument, Miss Bennet,’ he said. ‘I should not wish to be on the opposing side to you in any kind of debate. Though I do not believe you truly espouse such views. Very well. I shall begin. What would you like to know?’

Elizabeth pursed her lips. ‘Why do you not enjoy being in company?’ she asked.

His eyes widened. ‘That is a very blunt question and it is not entirely true,’ he answered. ‘I shall answer it with a frank question of my own. Perhaps you are under the erroneous impression that I am above my company and I am too proud to converse with those I see as my social inferiors?’

Elizabeth met his eye. ‘I believe you are, sir.’

Mr. Darcy’s cheeks reddened. ‘I thought as much. But you are mistaken, Miss Bennet. I am merely accustomed to mixing in more… refined company than that which is readily available here in this part of Hertfordshire. Certainly, I do not suffer fools gladly and in truth on the evening of our first meeting, at the assembly in Meryton, the gathering seemed replete with both ladies and gentlemen who were not behaving with any sense at all.’

Elizabeth coloured at his words, in part with anger at his harsh assessment of the neighbourhood in which she had grown up. Yet she was also forced to recall her own mother and sisters’ habitually foolish behaviour, which had been on display again at the assembly. She was tempted to respond with a sharp retort but in the light of her family’s unwise conduct, chose to temper her words a little.

‘That is an excessively censorious estimation, sir,’ she began. ‘Though I will concede that at the assembly, there were present some individuals who at times can make themselves appear ridiculous by their lack of manners and sense of decorum.’ Mr. Darcy nodded. Elizabeth raised her chin. She continued, ‘But I would ask you: are not all gatherings full of a mixture of those who behave with grace and those with vulgarity? I should not for one moment believe that the latter failing in a person’s character is merely confined to the middle and lower classes.’

Mr. Darcy’s lips twitched. ‘That is a fair point, madam,’ he said, then sighed. ‘I confess that I have not been totally honest in my reasoning for my behaviour.’

He seemed to sense her repressed amusement and frowned a little. ‘You may smile at me, Miss Bennet. But I cannot easily alter my character, which naturally tends toward reserve. That is the primary cause of my appearing aloof and taciturn in company with those I am unfamiliar with.’

‘I see,’ she replied. ‘But you could learn.’ He smiled again and for a moment her breath quickened. What is wrong with you, Elizabeth? she asked herself. The gentleman is barely tolerable…

Elaine Jeremiah lives in England with her husband and their golden retriever Dug. She has been writing in one form or another ever since she can remember, about many varied things. Writing has always been a passion of hers, but it’s only in recent years that she’s been able to devote more time to it.

In 2013 she published her first novel, but it was only with her fourth, her novel ‘Love Without Time’, that she felt she’d finally found her niche: Jane Austen Fan Fiction! She’s always loved Jane Austen’s writing and the Regency era, so this felt like a natural thing for her to do.

When she’s not writing, Elaine always has a book on the go to fall back on and reads as many Jane Austen-related books as she can. She also loves taking Dug for walks in the countryside with her husband, talking about Jane Austen with like-minded people and yes, watching television. She has just about all of the adaptations of Austen’s novels on DVD! 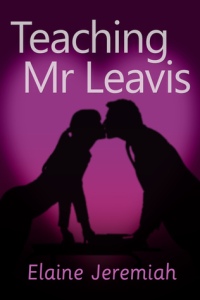 Leave a comment to qualify to win one of three Kindle eBook copies available of Elizabeth and Darcy Beginning Again. The giveaway is open to US residents 18 years and older and ends at 11:59 PT on February 4, 2021. The winners will be announced on February 5, 2021, as an update on this post.

Many thanks to all who participated in the giveaway of Elizabeth and Darcy Beginning Again. Here are the three lucky winners of a Kindle copy of the book:

Congratulations ladies. I will contact you via email. You have until February 12, 2021 to claim your prize.

35 thoughts on “A Preview & Giveaway of Elizabeth and Darcy Beginning Again: A Pride and Prejudice Variation, by Elaine Jeremiah”