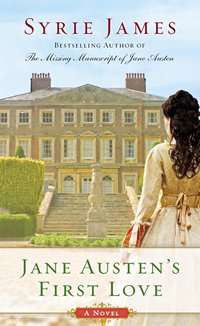 Everyone in my world knows of Jane Austen. Alas, I can speculate that there are those who might not recognize the name. If they look her up on Wikipedia they would learn that:

‘Biographical information concerning Jane Austen is “famously scarce”… Only some personal and family letters remain (by one estimate only 160 out of Austen’s 3,000 letters are extant), and her sister Cassandra (to whom most of the letters were originally addressed) burned “the greater part” of the ones she kept and censored those she did not destroy. Other letters were destroyed by the heirs of Admiral Francis Austen, Jane’s brother. Most of the biographical material produced for fifty years after Austen’s death was written by her relatives and reflects the family’s biases in favour of “good quiet Aunt Jane”.’

Further, they would learn that this masterful writer of the social commentary and romance had never married, little is known of her love-life, yet it has been widely speculated upon in some circles. It is not a secret however that in 1802, Miss Austen had accepted the marriage proposal from family friend, Harris Bigg-Wither, but by the morning had withdrawn her acceptance. There are also letters from Jane to Cassandra in 1795 when she was twenty-years-old about a brief flirtation with a Mr. Tom Lefroy. Sadly, his family did not approve of the match. Neither had any money and Tom was sent away, later to marry an heiress. And yet for an author who wrote exclusively of what she knew in her own sphere, how could she write of love so well had she never fully experienced it?

“We went by Bifrons and I contemplated with a melancholy pleasure the abode of Him, on whom I once fondly doated.” Jane Austen in a letter to her sister Cassandra, 1796

And with that one line, bestselling author Syrie James again undertakes the great task of expanding upon known facts and giving us her latest historical re-imagining, Jane Austen’s First Love. Who was “Him”, this man who resided at Bifrons, upon whom she fondly doated? And what had he meant to her?

Told in the first-person narrative, Jane Austen’s First Love opens with our heroine being reminded of that letter she had written to sister Cassandra in 1796, recalling a person she had not thought about in many years. She was but fifteen in 1791, the same year that her elder brother Edward became engaged to Miss Elizabeth Bridges. The Austens were invited by his fiancé’s family to partake in several summer festivities at their grand country estate of Goodnestone Park in Kent. As they neared their destination, the carriage had an accident—but they found a preserver in the handsome Edward Taylor, heir to the nearby estate Bifrons, and cousin to Edward Austen-Knight’s future in-laws.

“I froze; I could not avert my gaze; Mr. Taylor’s handsome countenance was but a foot or two from mine, and his arrival, like a knight in shining armour, had been so unexpected, his eyes were so dark and sparkling, that for the space of a breath, I forgot where I was or that any action was required of me.”  (47)

When they reach Goodnestone and meet the family, it becomes readily apparent that their future sisters-in-law are more impressed with themselves than the newly arrived, less than auspicious Austens. As the entertainments commence, Jane plays matchmaker (as well as a casting director in a private theatrical the young people indulge in), and not unlike one of her beloved heroines, Emma Woodhouse, we soon learn how inept young Jane is for the role. ‘Were my actors to be properly paired, who could say where it might lead? In enacting their parts, true feelings might be kindled; a very real intimacy might well emerge! This was my hope.’ Still, she admits, only to herself, that ‘perhaps indulgent, immodest, even slightly immoral’ she has hopes of playing opposite Edward Taylor.

Daily diversions throw her in the path of the worldly Edward Taylor, and impressionable Jane cannot help but be drawn in by his uncommon intelligence, sound mind and opinions, gusto for life, and his unaffected attentions towards herself – forever dividing her life into two categories: before she met Edward Taylor, and everything thereafter. ‘“They were lovely- but as to meaningful conversation, they had nothing to offer.” The look and smile he gave me indicated, without words, that our present discourse was far preferable to him than had been the other.’ Though as new house guests arrive, a rival for his affections becomes known in the comely, yet reserved Miss Charlotte Watkinson Paylor.

I had never heard of Edward Taylor before. And upon my first reading of Jane Austen’s First Love, I thought it a sweet bit of Austenesque pastiche with clever characters and wonderful smatterings and/or hints of some of Austen’s famous prose. Solid four, maybe 4 ½ stars. Yet, it was not until reading the Author’s Afterword that I learned that Edward Taylor was an actual person! And, from Syrie James’ extensive research, it is not a stretch to surmise that Edward Taylor was a guest at Goodnestone Park when the Austens were also in residence that summer of 1791. In addition, her research detailed what a remarkable young man Edward Taylor was—just the sort of man a young Miss Austen might fall in love with! ‘That he was a real person, and that I had in my possession so many little-known facts about his life, was very exciting. A picture began to form in my mind as to how and when Edward Taylor and Jane Austen might have met as teenagers, and what their relationship might have been.’ So, of course, I had to read the whole novel again, with this new perspective! And much in the manner of the film, Becoming Jane, this second reading left me so very hopeful that maybe, just maybe, it happened that way, that our beloved Jane did experience a first love (and even heartache), which made me adore this story all the more.

With a manifold of bestsellers behind her, Syrie James is an incomparable storyteller, turning obscure details from personal research into inspired, yet richly embellished fictional narratives. Jane Austen’s First Love is a lively, romantic “what if” that will make you laugh, as well as tug at your heart. I must recommend you ‘give a loose to your fancy, indulge your imagination in every possible flight,’ and add Syrie James’ latest work to your Summer Reading List.

18 thoughts on “Jane Austen’s First Love: A Novel, by Syrie James – A Review”