Please join us in celebration of the new release of author Jennifer Paynter’s debut novel, The Forgotten Sister: Mary Bennet’s Pride and Prejudice, published this month by Lake Union Publishing.

Jennifer has joined us to chat about her inspiration to write her book, a revealing look at one of Jane Austen’s most misunderstood characters from Pride and Prejudice, Mary Bennet.

What first led me to think of Mary Bennet as a possible heroine was an observation by Jane Austen scholar, John Bayley. In his memoir of his wife, British novelist Iris Murdoch, Bayley wrote that ‘the unfortunate Mary is the only one among Jane Austen’s characters who never gets a fair deal from the author at all, any more than she does from her father.’

I immediately wondered what sort of story would emerge if Pride and Prejudice were to be retold from Mary’s point of view. How would Mary feel about her father, for instance? Wouldn’t she resent being constantly ridiculed by him? (When Mary first appears in Chapter 2 of Pride and Prejudice, she’s sarcastically framed by Mr Bennet as a ’young lady of deep reflection’ who reads ‘great books and makes extracts’.) And how would Mary view her two older sisters, Jane and Elizabeth, and their so-eligible suitors, Messrs. Bingley and Darcy? And would there be room in any retelling for Mary to have a life of her own? Could she find a friend for herself outside her immediate family, and even, eventually, a lover?

I’m much more at home writing dialogue than descriptive prose, and as an early exercise in getting to know Mary I noted down all her speeches in Pride and Prejudice—there are only half a dozen!—and afterwards used them as milestones in The Forgotten Sister. I figured it would be cheating to edit out Mary’s speeches. The challenge instead would be to place them in a newly imagined context: the world inside Mary’s head. For although I wanted to stick to Jane Austen’s script and not ignore Mary’s unattractive aspects—her moralizing and pedantry—I also wanted the reader to appreciate what a difficult hand she’d been dealt. She’s the only plain one of the five Bennet sisters, and as a middle child she’s isolated within her own family, having no confidante among her sisters. And neither of her parents favours her— Mrs Bennet spoils her youngest daughter, Lydia, while Mr Bennet favours his second daughter, Elizabeth.

In a further attempt to gain the reader’s sympathy for Mary, I farmed her out to a wet-nurse for the first two years of her life. This was a common enough practice at the time. Claire Tomalin in her biography Jane Austen: A Life describes how the Austen children, after being breast-fed by their mother for a few months, were handed over to a wet nurse until they were weaned.  The family of Mary’s wet-nurse, the Bushell family, do not appear in Pride and Prejudice of course, although they’re important characters in my book, but after I’d made up names for them I was delighted to discover that a Dame Bushell had actually done the Austen family laundry! In a letter to her sister Cassandra dated October 1798 Jane Austen wrote:

‘Dame Bushell washes for us only one week more, as Sukey has got a place. John Steevens’ wife undertakes our purification. She does not look as if anything she touched would ever be clean, but who knows?’

For the rest, I stuck fairly closely to Austen’s characterization. My Mary works hard for knowledge and accomplishments. She’s equally eager to show off her singing voice and is just as deluded about her performance. I emphasized her religious enthusiasm by giving her a pious tutor, and I attributed her fondness for quoting other people’s words to a sort of social nervousness, a not-knowing what to say. To help her overcome this, the mother of her tutor encourages her to compile a so-called ‘Commonplace Book’ in which wise and witty sayings can be noted—and endlessly quoted. (I had great fun with Mary’s Commonplace Book!)

I found the hardest part of The Forgotten Sister to write was the ending when Mary arrives in the penal colony of New South Wales. Even though I was writing about Sydney, my own hometown, the setting was remote from Austen’s world of the famous ‘three or four families’ in an English country village.  (And to find out why Mary Bennet would end up in a penal colony, you’ll just have to read the book!) 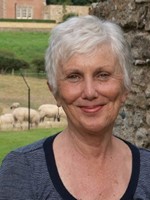 Jennifer Paynter was born and educated in Sydney. She has previously written two stage plays and several anthologized short stories, and is a member of the Jane Austen Society of Australia. The Forgotten Sister is Jennifer’s first novel. Visit Jennifer on her website jenniferpaynter.com.