I vividly remember sitting in the theatre in 2005 waiting for the curtain to rise on the new Pride & Prejudice movie starring Keira Knightley and Matthew Macfayden. I was excited that one of my favorite Jane Austen novels was being trotted out as a major motion picture. It had been 65 years since MGM released its theatrical version of Pride and Prejudice and I was looking forward to two hours of sumptuous costumes and eye-popping settings that were not set in the Victorian era!

I had been reading about the Focus Features production for months on the Internet, especially at Austenblog, where the editrix Mags had been following the media promotional machine very closely. I had no idea who the British actor slated to portray the iconic romantic hero Mr. Darcy was. My sympathy for him was already acute. How could he possibly fill those big, black, shiny Hessian boots that Colin Firth’s strode about in so effortlessly in 1995? Queue fanfare music and red velvet curtain rising at the theater.

Since this movie was released eight years ago and has been available on DVD since February 2006, is there Janeite left in the world who has not seen it? Just in case you don’t know what it is about here is the blurb from the production notes:

Sparks fly when spirited Elizabeth Bennet meets single, rich, and proud Mr. Darcy. But Mr. Darcy reluctantly finds himself falling in love with a woman beneath his class. Can each overcome their own pride and prejudice?

Adapted from Jane Austen’s classic novel by Deborah Moggach, with a spit polish on the dialogue by Emma Thompson (uncredited), director Joe Wright had a definite vision of what his movie version of Austen’s Pride and Prejudice would be—and it is entirely different from what we had seen on screen or television before. Even though he assembled a fine cast of British actors, and a talented production team to relay his concept, my first impressions were ill-favored. However, the movie is appreciated by many and received four Academy Award nominations, including best actress for Knightley. Some Austen fans absolutely adored it—others not so much. I remained in the grey zone. Even after many years and several viewings, I am ambivalent, and that is the problem. The good stuff seemed to cancel out the bad stuff and left me in Switzerland. 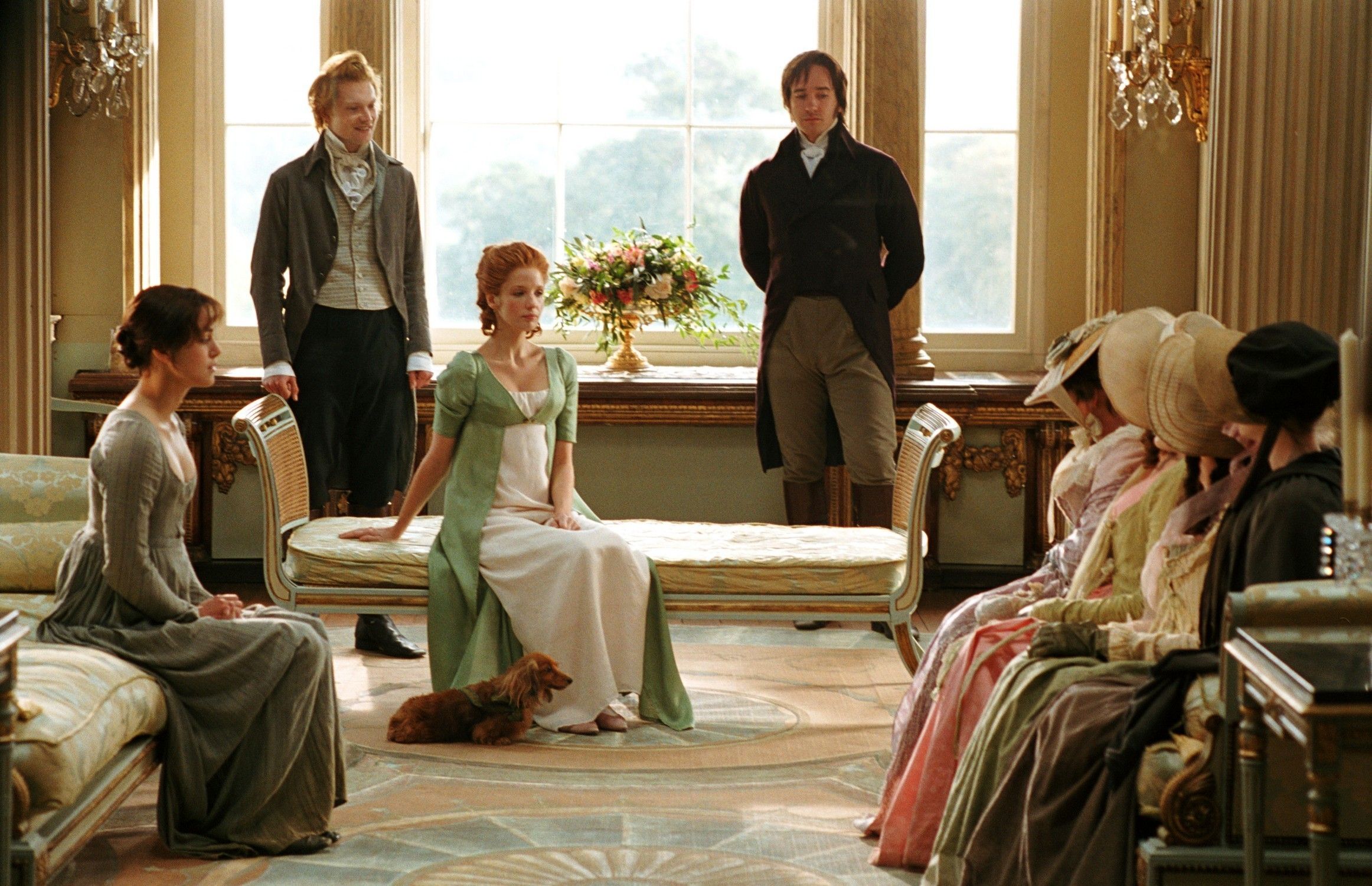 Comparing it to its predecessors is unfair, but it is inevitable. This movie is only two hours and nine minutes long, versus the five hours plus 1995 BBC/A&E miniseries. For those who enjoyed the Colin Firth version, which attentively followed much of Austen’s plot and included many lines of her dialogue, the transition to a shorter length will seem truncated—and rightly so. Wright’s version is set in the late eighteenth century and not in the prettified early nineteenth century of the 1995 miniseries. Honestly, the fashions in the late eighteenth century are not as striking as the Regency era. Are we swayed by pretty things? Heck yes!

The most disturbing difference in the two versions is in the social chasm between the two adaptations Bennet families. The 2005 version’s clothing, furnishing, attitudes, and manners are decidedly lower in station, bordering upon peasant class. This stark contrast makes the social class difference between the heroine Elizabeth Bennet’s lower-class landed gentry upbringing and the very wealthy and refined upper-class Mr. Darcy very wide indeed, and all the more amazing that he chooses her as his bride. Love truly wins the day.

What Would Austen Say?

In the 2005 adaptation, Austen still has the final say on many social issues she was chiding in her novel, but the Byronic depths that screenwriter Moggach and director Wright use to achieve their vision of the story were disappointing. Of note: Austen would have cringed during the first proposal scene with Elizabeth and Darcy. Her hero was never meant to be a wet, sad-eyed puppy, nor her heroine tempted to kiss him. 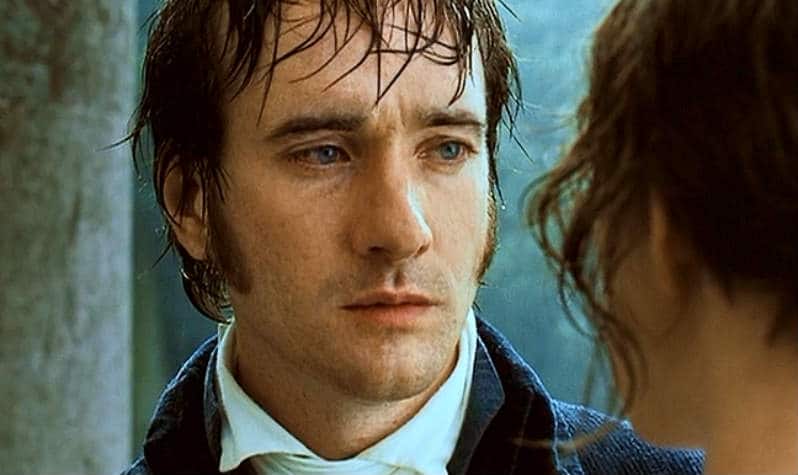 At the risk of sounding like sour grapes, I will say that there were changes and interpretations that I did like. The family dynamics were interesting to watch in both the Bennet and the Bingley household. The Bennet sisters seemed more in tune with each other and concerned about each other’s welfare. Mr. and Mrs. Bennet are more affectionate and logical. While this seemed more agreeable over-all, it made the dynamics rather bland and canceled out what Austen achieved in her characterizations. There were a few performances that held the dictum. Simon Woods as Charles Bingley really gave the standout performance of the film adding an empty-headed and open-hearted suitor that was truly endearing. Tom Hollander as Mr. Collins was hysterical. Will we ever think about potatoes in the same way again? Judi Dench is by far the most imposing and imperious Lady Catherine de Bourgh to date. Her hot laser stare sent chills up the back of my neck during the scene at Longbourn when she asks Elizabeth to deny an engagement to her nephew, Mr. Darcy.

The Not So Good Stuff

Matthew Macfadyen as the proud hero had a fabulous speaking voice which was really a plus, but what the director made his character do really canceled out his finer qualities. Keira Knightley as the decidedly impertinent Lizzy Bennet did have her moments of spark and fire, but an Oscar nomination? Hardly. I understand the “you have bewitched me body and soul” ending was added for the benefit of American audiences. One assumes by this addition that we did not like how Austen had written it? We were not amused. The music by Dario Marianelli saved the entire film for me. Happily, it is the last thing we hear as the credits roll. 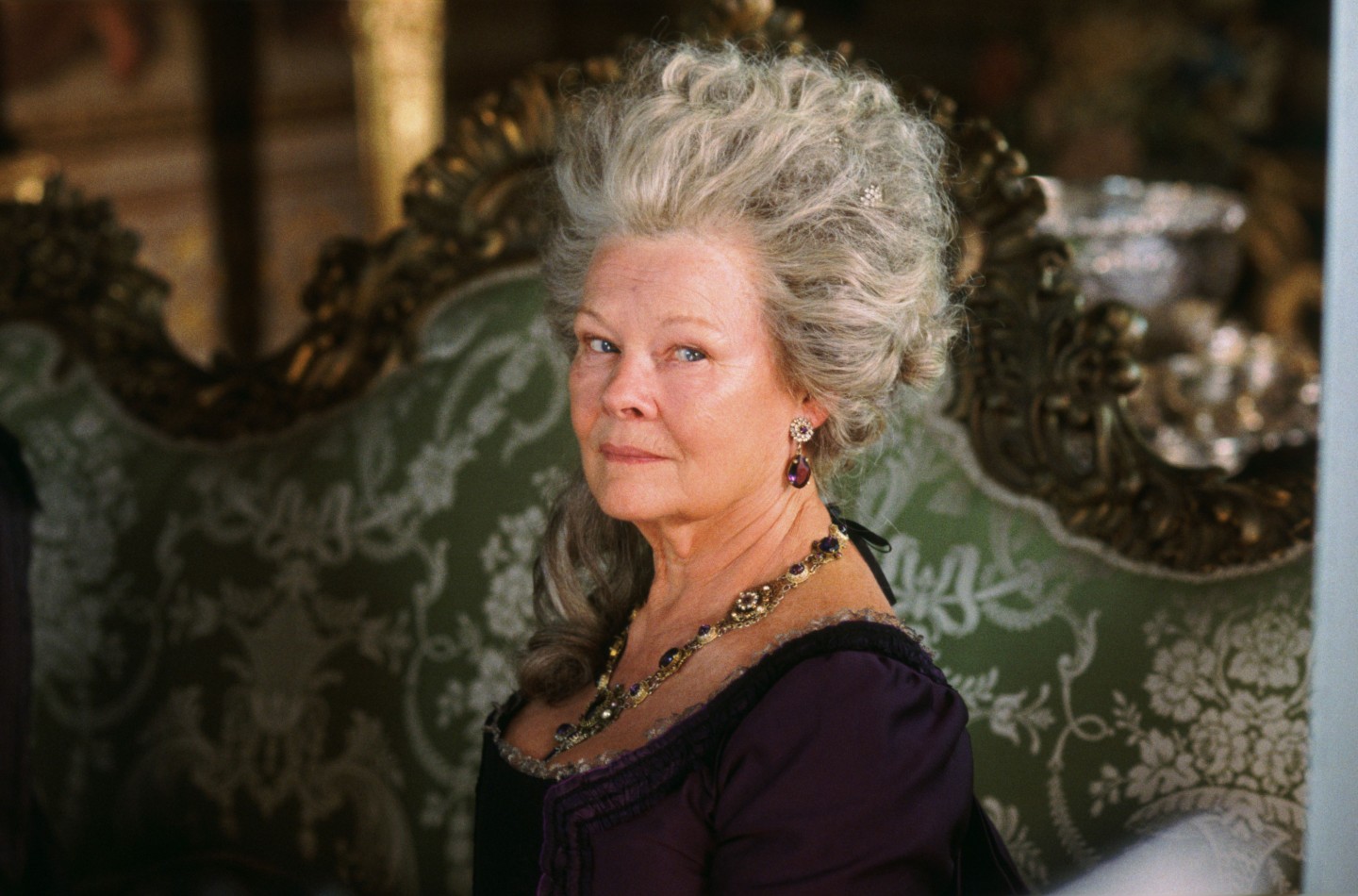 A Pig in the Kitchen?

This review would not be complete if I did not mention the pig in the kitchen scene. Honestly, it was a low point in the movie for me. Why it was added I shall never understand. May I speak for Austen fans everywhere and say we are appalled? Now the tomato throwing may commence.

A Great Introduction for the Uninitiated

In the end this film version of Pride and Prejudice was beautifully produced, visually stunning, and quite humorous. The English manor houses (including Chatsworth where some claim that Austen got her inspiration for Pemberley from) were a welcome visit. The comedy was a highlight as were the ensemble of British actors. I recommend this version to the uninitiated as an introduction to Austen on film to teens and those adults who skipped the 1995 mini-series because of the five hour running time. The 2005 Pride and Prejudice is total eye candy to those who love period dramas, and for those who need a short respite in England with Jane Austen.

We purchased a copy of the movie for our own enjoyment. Images courtesy of Focus Features © 2005. Austenprose is an Amazon affiliate. text Laurel Ann Nattress © 2013, austenprose.com. Updated 3 April 2022.