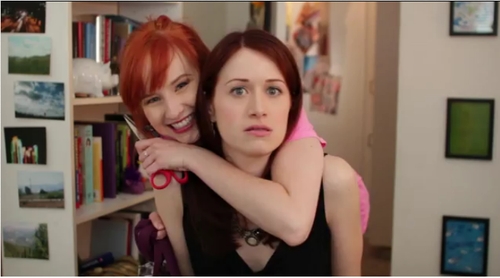 Last week we were introduced to our heroine Lizzie Bennet, her sisters Jane and Lydia, and best friend Charlotte. This week in The Lizzie Bennet Diaries episodes 17- 26, the Adorbs steals a show, Jane gets Binged, and we meet Mr. Collins! So I lied last week. We don’t get to meet Wickham in these episodes, he is just mentioned through discussion. Sorry for the let down, but we do get to meet, my favorite character Mr. Collins.

Wickham’s militia is modernized into a swimming competition that descends on the town every year. Lizzie is not impressed by the swimmers eloquence or astuteness when she and Lydia go to Carter’s bar. However, she is impressed by George Wickham’s gentlemanly manners. Lizzie says they met when he put his coat over a beer puddle. She commented “gentleman are an endangered species” to which George replied “yeah but they are making a comeback like mix tapes and tandem bicycles.” (well, isn’t that the cutest line ever!) He and Lizzie also exchanged numbers and start texting. Lizzie is obviously excited when she is telling Jane about this new boy because he seems different from all of the other swimmers. Lizzie thinks that Wickham might not have the same thinly veiled ulterior motives and all around douchebagginess of the other swimmers (who pretty much sound like frat boys). We will see how he turns out later.

Lizzie continues to try and sabotage her mother’s master plan of thrusting Jane and Bing together. We see a slightly more serious side of Lizzie and her family during these episodes because she hints at their difficult financial situation. Lizzie even tries to explain her mother’s obsession with getting her daughters married so that they “can get out of the house before they don’t have a house to get out of.” Lizzie becomes more worried about her family’s situation over the course of the videos. 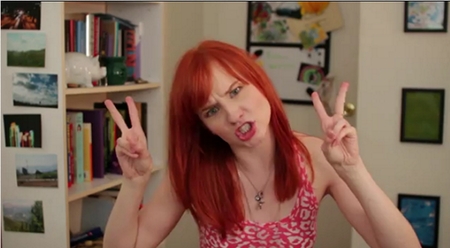 Ly-Dee-Ya steals Lizzie video in episode 20 because Lizzie is swamped with work and Lydia has blackmail on Charlotte. Lydia, “the Adorbs,” is absolutely wonderful. She explains her plot of getting Bing to have a party. She says “nothing gets done without alcohol—talk about a truth universally acknowledged. Am I right?!” We begin to see more of her vivacious personality in every episode. She loves sock slides, partying, and Kitty Bennet (her cat). Lydia also says that Lizzie criticizes her for her “over use of air quotes.” I say air quote away Lydia because while you might be a little on the wild side, you are completely delightful to watch in these vlogs. 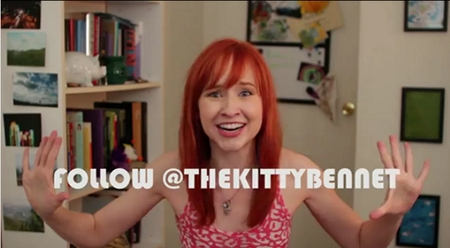 While Lizzie and Lydia are a lot alike, they are also very distinctive. Both girls are very animated, though in different ways. Lizzie’s liveliness seems more subdued and sarcastic, while Lydia’s exuberance is more of a cheerful reckless energy. Both girls love telling the Internet all about themselves and their friends. Thinking about the girls’ posting themselves on Youtube makes me think about Darcy’s line in the novel when he says “we neither of us perform to strangers.” [Chapter 31]. In The Lizzie Bennet Diaries, Lizzie is more like Lydia in the fact that she is “preforming for strangers” by posting her life online for of all the world to see. While it isn’t a huge divergence from Elizabeth’s character in the novel, I do think it makes Lizzie more like Lydia. 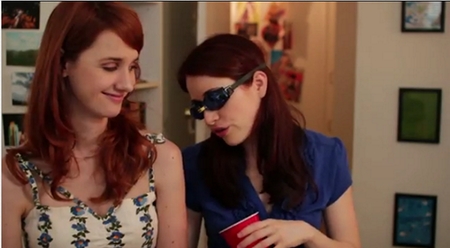 Lizzie is very concerned with her sister’s love life and posts her thoughts online with little hesitation. When Jane stays over at Bing’s after the party Lizzie is consumed with talking about it adding lots of puns: “Jane got Binged last night.” Charlotte questions Lizzie about her fascination with Jane and Bing, which makes Lizzie consider her involvement in Jane’s love life and what she really wants for Jane. These are interesting points because in the novel they are almost nonexistent. Of course Jane and Elizabeth are going to be involved in each others affairs and want the other one to get married; there were almost no other options for a woman at that time. The modernization of this however is a little harder because our views of privacy and women’s independence have shifted. Lizzie is concerned about her involvement in Jane’s love life perhaps because she knows that she is starting to sound more like her mother even though she makes fun of her in many episodes. Lizzie is also torn about Jane’s relationship with Bing because she doesn’t want to lose her sister or for her to get into a relationship to quickly. Lizzie’s preoccupation with Jane’s love life seems like a hint of her mother coming out (though I think Lizzie would violently protest to this comparison) but it makes me laugh because Lizzie Bennet is still delightful in everyway and especially because she cares about her sister so much. 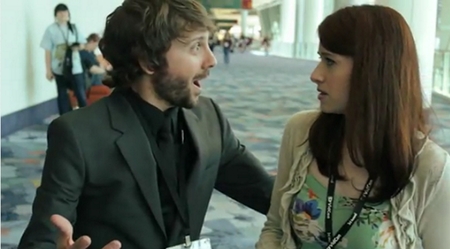 Lizzie, Charlotte and Lydia go to Vidcon, (which is a real event created by Hank and John Green for people who love online video) as a way to network and meet people in the video blogging world (Hank Green is also a co-creator of LBD, vlogbrothers, and DFTBA, so he is brilliant on multiple levels). This is where we meet the wonderful Ricky Collins, played by Maxwell Glick. As soon as he comes on the screen I just start laughing. Ricky Collins speaks about 1,000 words a minute, always uses 10 words when 1 will do and tries to see how many 3 syllable words he can get into a sentence. He is excited to see Lizzie and Charlotte again and is at Vidcon because he has started a web video company backed by the venture capitalist, Catherine de Bourgh. His enthusiasm however is checked by Lizzie’s rude behavior when she kicks him out of her video. I adore Max’s performance of Collins because he takes a new spin on my favorite character in the novel (other than Lizzie of course). We will be spending more time with Mr. Collins when Lizzie goes to see his company in Rosings—so for now I will just tell you how wonderful I think Ricky Collins is.

Next week the girls are off to Netherfield because their scheming mother “blew up” the house so that it needs foundational repairs. Bing offers to let Jane and Lizzie stay with him while Lydia and her parents are off to cousin Mary’s. Be sure to watch episodes 27-34 in preparation for my next week’s article. 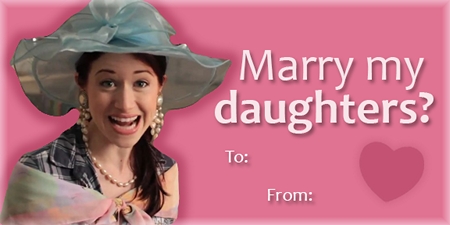 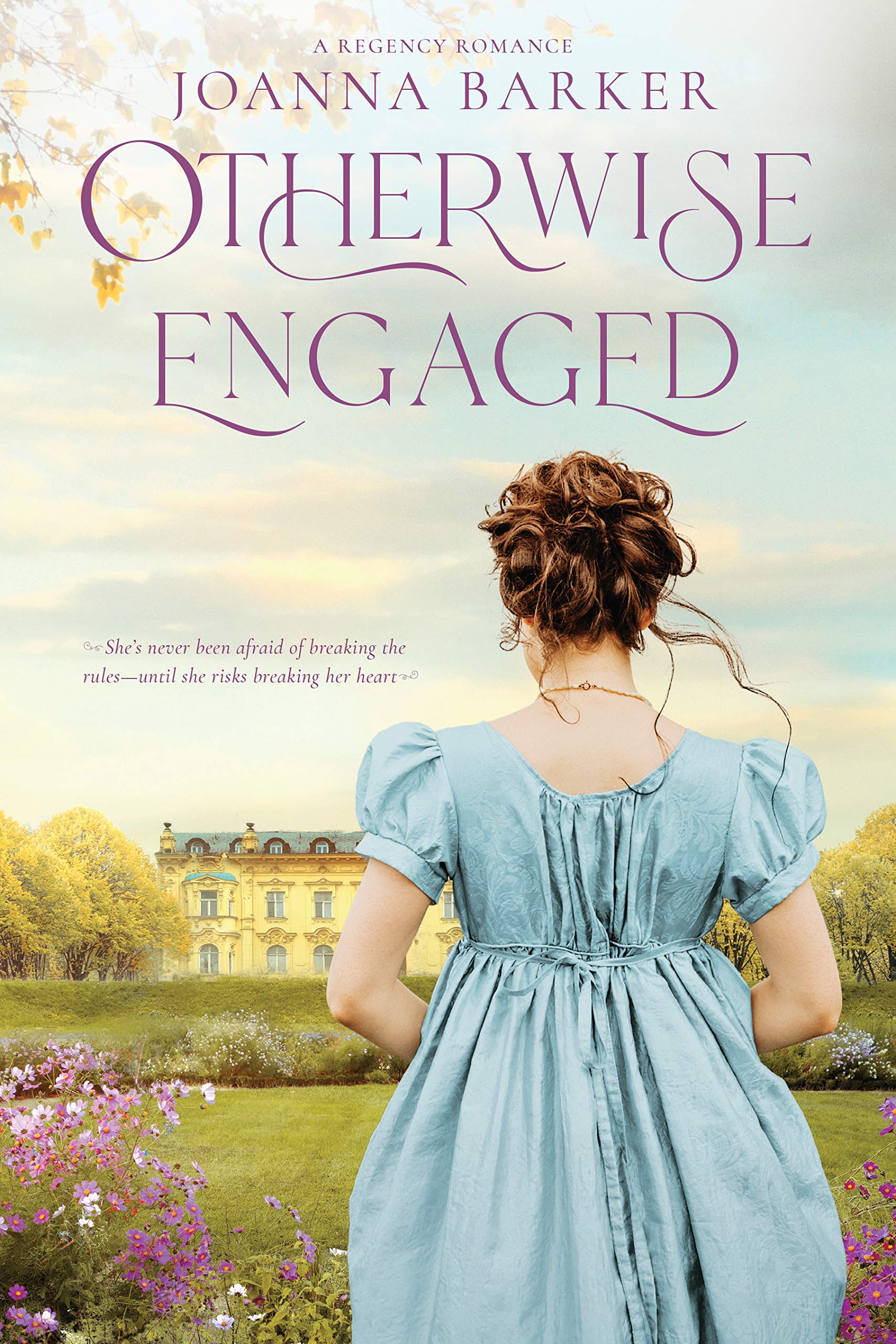 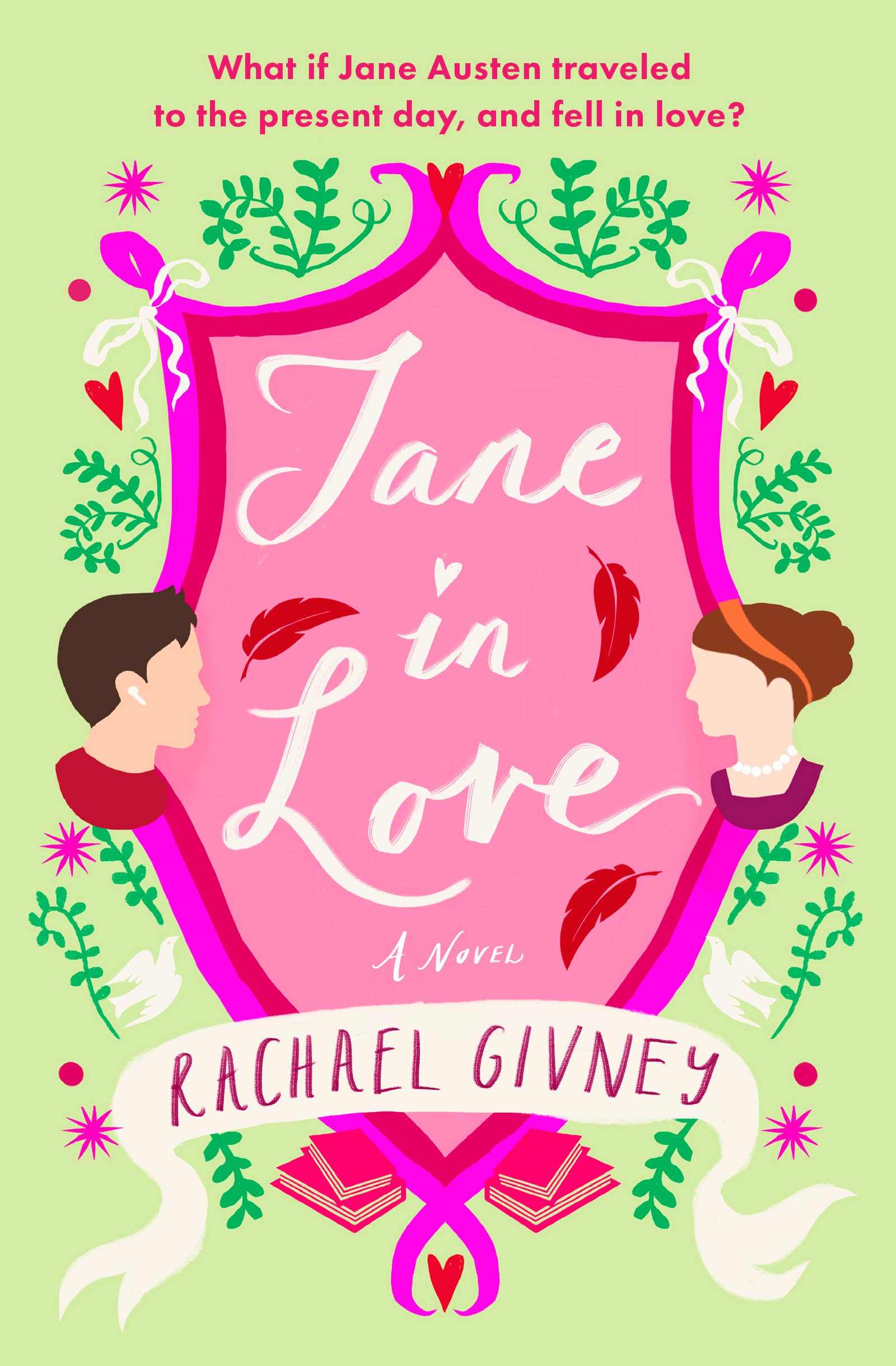