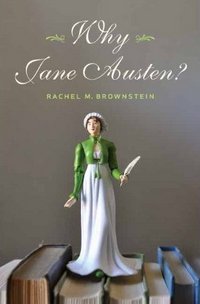 Please join us today in welcoming Austen scholar Prof. Rachel M. Brownstein for the official launch of her book blog tour of Why Jane Austen?, a new literary and cultural history of our Jane’s rise and continued fame that is being released today by Columbia University Press.

Jane Austen’s eruption into popular culture in the mid-1990s got me wondering: Why Jane Austen, and not another equally long-dead novelist?  What is it about her in particular?  When the vogue spilled over into the twenty-first century, and more and more people were proudly calling themselves Janeites, I knew I was onto something.  And now, finally, here is my book: Why Jane Austen?, published in June, 2011, by Columbia University Press!

The term “Janeite” was coined in the 1890s by the English critic George Saintsbury (he spelled it “Janite”).  Picked up by Rudyard Kipling in the 1920s, it has been used in different tones of voice since then.  As words do, it has gone through changes over time; and Janeites have also changed.  Today they include admirers of Jane Austen’s novels, and of the author because she was a woman or a wit; some are fans of the dressy movies or the romantic fan fiction, while others prefer the sexed-up send-ups and the mysteries.  They include mischief-makers and members of the Jane Austen Society, bloggers and buyers of Jane-related dolls and coffee mugs, note-cards and refrigerator magnets. Writing Why Jane Austen?, I was astonished and fascinated by the range of Austen movies, spin-offs, products, and devotees—and the enormous changes in those over the last twenty years and more.

A Janeite today is sometimes exclusively interested in Austen and her novels, but she (usually) is often also involved in the culture that has grown up around them.  She revels in being a member of a club, exchanging thoughts and feelings about matters more or less related to Jane and pooling thoughts and feelings with those of other Janeites.  Janeites tend to support one another, also to seek converts.

Of course the fantasy of entering a world of Regency dresses and manners, an elegant world where people say “whilst,” begins in solitude, as fantasies do–and reading novels also does.  Ditto the dream of finding your Mr. Darcy, and being carried off by him to a Pemberley of your own.  But private fantasy turns into sociable Janeite practice once you gang up with others to hate Miss Bingley, or to compare the erotic charge of Austen’s Pemberley and Bronte’s Thornfield Hall, or to confess you can’t understand what Elinor Dashwood sees in Edward Ferrars, or to discuss why Jane turned down Harris Bigg-Wither. (The simple dropping of these names makes a Janeite feel cozy all over.)

The Janeite likes to mix it up—characters in the novels and Austen friends and family members, and people who have written about Jane Austen all tend to slide together in a blog post or a story or a conversation.  Slippage is part of the pleasure and the point: when you tell her that the woman you met on the train reminds you of Mrs. Jennings, a sister Janeite will know the kind of person you mean: affinity, complicity is the point and the pleasure.  In Why Jane Austen?, I write about Jane Austen’s family’s neighbors and also a bit about mine.

Blurring the line between actual and imaginary worlds seems to have been fun for Jane Austen herself.  She read her stories aloud to friends, looked for portraits of her characters at art exhibitions, even speculated about their afterlives. The reader who gets her tone feels as if she is in league with a friend.  Reading Jane Austen—still accessible, miraculously, after all these years—you feel invited to agree with the author about the people she reads so well; feeling (as Katherine Mansfield put it) like a secret friend of the author, you seek out her other friends, and join together with them in an Austen club.  It’s an unusually social result of a solitary practice. 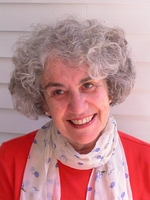 Rachel M. Brownstein is professor of English at Brooklyn College and the CUNY Graduate Center.  A graduate of Hunter College High School and Barnard College, she received her Ph.D. from Yale University.  She is the author of two critically acclaimed books, Becoming a Heroine: Reading about Women in Novels and Tragic Muse: Rachel of the Comédie-Française, as well as many articles and reviews.  She lives in New York City and enjoys summers in Vermont.  For many years she has talked and written about Jane Austen’s novels, critics, characters, imitators, adapters, admirers, and wannabes. Visit Rachel at her website Rachel M. Brownstein, at Facebook, or at Columbia University Press.

Giveaway of Why Jane Austen?

Enter a chance to win one of two copies of Why Jane Austen? by leaving a comment answering what intrigues you about this new lit/cultural history of Jane Austen or why you are a Janeite, by midnight PT, Wednesday, July 13, 2011. Winners to be announced on Thursday, July 14, 2010. Shipment to US addresses only. Good luck!

53 thoughts on “Why Jane Austen? Blog Tour with Author Rachel M. Brownstein and a Giveaway!”