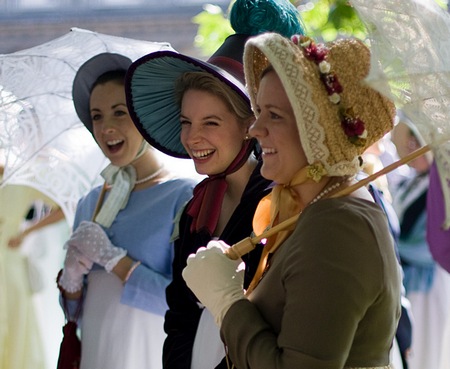 The ultimate Austen adventure continues with our featured weekly columnist, Virginia Claire Tharrington straight from the trenches of Austen central, The Jane Austen Centre in Bath, England where she is interning until December. Join her every Saturday as she shares with us her incredible adventure that every Janeite, and even Austen’s heroine Catherine Morland would envy. 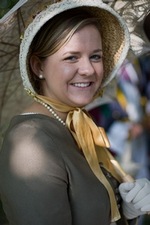 This week has been so crazy. I spent the week in Oxford with my Advanced Studies in England program and stayed at University College which was amazing. The only downfall was that I was away from Bath during The Jane Austen Festival. Before I left, I did attend the promenade last Saturday and it was incredible. I got to dress up in full regency attire. I wore a flower dress with green and yellow flowers and an olive spenser.  Everyone from the Jane Austen Centre got dressed up as well and then we met at Bath Abbey. In addition to the Centre staff, naval and militia officers, there were more than 150 people promena 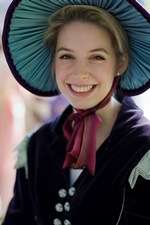 ding through a planned route. John White and Martin lead the procession and we were quite the spectacle. It was a lovely walk around Bath. We walked down Milson Street just like Catherine Morland would have done and up to Edgars Buildings where Isabella Thrope lived. Then we walked to the Circus where Admiral Croft took lodgings in Persuasion. While we were at the Circus we had some entertainment before moving on to the Royal Crescent. After the Royal Crescent we walked down the gravel walk just as Anne and Captain Wentworth did. After the group photo we moved on to Queen’s Square where we had a country fair. Jackie Herring the Centre’s director worked so hard on the fair and it went off beautifully. There were several venders selling everything from bonnets to military paraphernalia. There were many people at the fair from the community or who had just seen us promenading around the city. 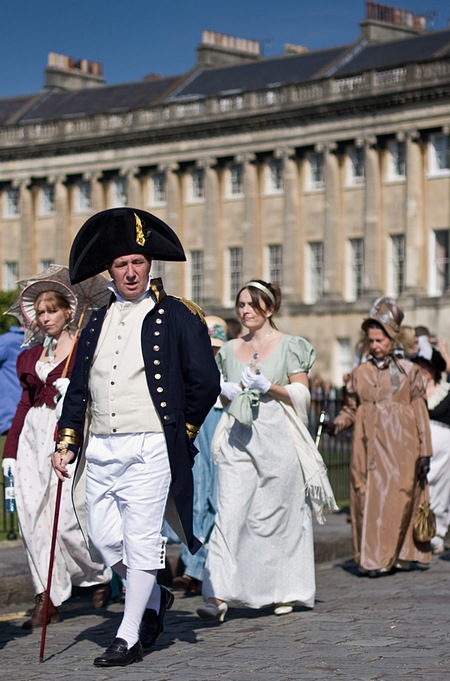 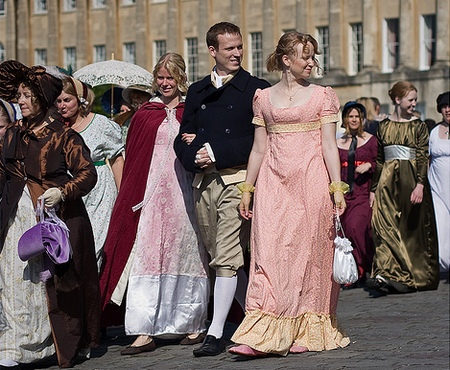 The Promenade at The Jane Austen Festival, Bath, England (2008)

Lace and finerie on the Promenade, The Jane Austen Festival, Bath, England (2008)

One of my favorite parts of the day was getting to see everyone’s costumes and dresses. I was so impressed with many of the people who made their dresses. Many people also came from all over the world to attend the Festival. I have met several people from America and continental Europe. The BBC was also filming the festival for their show Countryfile. I can’t wait to see it when it comes on television in a few weeks. 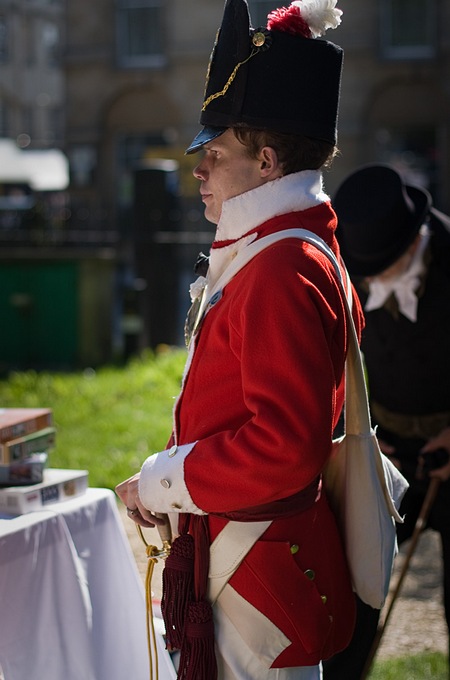 Everyone in the Centre has been working so hard for the festival and I think it has been going beautiful.  Friday after I got back from Oxford and seeing Blenheim Palace I went to the Jane 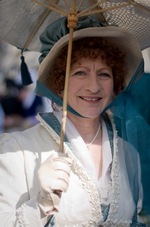 Austen Centre for an evening party. Everyone sat down to eat, play Loo, whist and other games popular in Regency times. We got to dress in Regency attire again. It was a lovely party and it made me very sad to think that most of the festival almost over.  Luckily I get to help with the rest of the weekend so I hope to keep everyone up to date on the goings on of the festival and the Jane Austen Centre.

Signing off until next week,

These stunning photos were generously provided by Owen Benson, who should consider a career as a professional photographer. View his Flickr gallery here.

3 thoughts on “An Austen Intern Reports In From The Jane Austen Centre: Week 4”