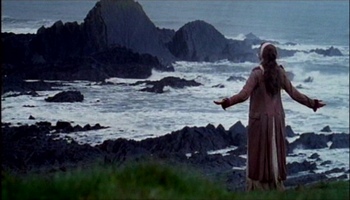 “I shall divide every moment between music and reading. I have formed my plan, and am determined to enter on a course of serious study. Our own library is too well known to me, to be resorted to for anything beyond mere amusement. But there are many works well worth reading, at the Park; and there are others of more modern production which I know I can borrow of Colonel Brandon. By reading only six hours aday, I shall gain in the course of a twelvemonth a great deal of instruction which I now feel myself to want.” Marianne Dashwood, Sense and Sensibility, Chapter 46

I hope that you enjoyed the Masterpiece Classic presentation of Sense and Sensibility on PBS last Sunday. I did, and it was definitely the highlight of The Complete Jane Austen series for me. It is well worth multiple viewing to revisit special moments like the first family dinner at Norland Park, Anne Steele’s blundering admission that Lucy and Edward are secretly engaged, or the seaside walk of Elinor and Marianne after their return to Barton cottage from London.

Since this production will always be compared to the 1995 Ang Lee/Emma Thompson adaptation of the same name, I heartily encourage you to view it also. You just might recognize more than a few similarities in the script, camera angles and costumes! I did, so watch out for Margaret’s character expansion, Fanny Dashwood’s hair, clothing and inflections, and the Delaford picnic scene. Emma Thompson knows the value of Austen’s talent for humor, and her attention to the minor characters such as Sir John Middleton, Mrs. Jennings, the Palmers, and Lucy Steele really make the difference for me in the 1995 production.

If you are craving more Sense and Sensibility, and are compelled to continue on your Austen quest, you will enjoy perusing these books to expand your knowledge and appreciation of Jane Austen’s story and characters.

The Sense and Sensibility Screenplay & Diaries, Emma Thompson, Newmarket Press (2007) revised edition. Synopsis from the publisher. Bringing Jane Austen’s Sense and Sensibility to the screen was a labor of love for writer/actress Emma Thompson. Featuring the complete award-winning script, Sense and Sensibility: The Screenplay and Diaries also showcases Thompson’s unreserved, often hilarious diaries that capture the unique experience of making this landmark film. In addition, the book includes an introduction by producer Lindsay Doran; over fifty photos; cast and crew credits; and Thompson’s sparkling Austen-like acceptance speech at the Golden Globe awards ceremony. Thompson’s rare and personal perspective makes Sense and Sensibility: The Screenplay and Diaries an irresistible book for students of film and Austen devotees, as well as for everyone who loved this extraordinary movie. ISBN: 9781557047823. Review on The Republic of Pemberley.

Reason and Romance, by Debra White Smith, Harvest House Publishers (2004). Second book in the Austen series. Synopsis from the publisher. Echoing the themes in Jane Austen’s Sense and Sensibility, Debra White Smith crafts a delightful, contemporary story about passion and love. When Ted arrives, Elaina assumes he can’t be interested in her. But Ted surprises her. Attracted by his charming personality, Elaina dreams about love. But then comes shocking news. Has she made a mistake? The handsome Willis hints at engagement…and Elaina’s sister, Anna, is delighted. But when he is called away, he doesn’t leave a forwarding address. Brokenhearted, Anna falls into depression. Will she love again? Readers will be enraptured by this story about the joys and follies of infatuation and love. ISBN: 9780736908771. Interview with the author about her Austen series.

Suspense and Sensibility, Or First Impressions Revisited, by Carrie Berbris, Tom Doughtery, Associates, LLC (2005). Second book in the Mr. and Mrs. Darcy mystery series. Synopsis from the publisher. In the spring of 1813, Elizabeth and Fitzwilliam Darcy agree to sponsor Elizabeth’s sister Kitty for a season in London along with Darcy’s 17-year-old sister, Georgiana. In the course of their social rounds, Kitty meets Harry Dashwood – a younger cousin of the Sense and Sensibility Dashwood’s – and the courtship begins. Mr. Darcy makes inquiries into Harry’s character, fortune and expectations, but no sooner does he receive favorable answers than the suitor begins to behave most strangely. Harry gives a friend the “cut direct” outside Boodle’s Club, and there are rumors of gambling and worse excesses. The author smoothly combines characters from Pride and Prejudice and Sense and Sensibility while remaining true to Austen’s originals. ISBN: 9780765350923. Review on Curl up with a good book.

The Dashwood Sisters’ Secrets of Love, by Rosie Rushton, Hyperion Books, (2005). Synopsis from the publisher. The Walker sisters have always lived a privileged life in their beloved Holly House in Sussex. Even though their father, Max Walker, has left the family to live with his new macrobiotic-food-obsessed trophy wife, Pandora, he has always doted on his girls. But then one day, reality crashes down around them when Max has a heart attack and passes away, uncovering the truth that he was knee deep in debt. The Walkers discover that their home is actually in Pandora’s name and she decides she wants it back. So the family has to uproot their lives and move to the seaside town of Norfolk in an old cottage. What happens then? ISBN: 9780786851362. Review on A Chair, A Fireplace, & A Tea Cozy.

The never-ending sequel search continues. Here are more titles, but these are sadly out of print. Check out your local library, or buy them gently used from my favorite out of print and used book source online, Advanced Book Exchange; Eliza’s Daughter, by Joan Aiken, (1994), The Third Sister: A Continuation of Sense and Sensibility, by Julia Barrett, (1998), Margaret Dashwood or Interference, by Mrs. Francis Brown (Edith Charlotte Brown) (1929), Brightsea by Jane Gillespie (1997), and Elinor and Marianne: A Sequel to Sense and Sensibility, by Emma Tennant (1996).

Happy reading to all!

3 thoughts on “Craving More of Jane Austen’s Sense and Sensibility? Read On!”