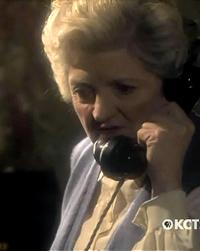 Miss Marple concluded last Sunday on Masterpiece Mystery with the final episode, The Blue Geranium, a twisted tale infused with the seven deadly sins, those tempting vices that have plagued man since the beginning of time. I can think of no better foundation for an intriguing murder mystery than, wrath, greed, sloth, pride, lust, envy and gluttony. They are the stock and trade of the genre. And like the super-sleuth that she is, Miss Marple (Julia McKenzie) is the only one who can unravel the complicated mystery surrounding three deaths in the quaint village of Little Ambrose.

Based on a short story by Agatha Christie published in 1932, the mystery begins almost immediately with the death of heiress Mary Pritchard (Sharon Small) whose life up until her demise involved hypochondria and histrionics. Her husband George (Toby Stephens) does not take her concerns over medical ailments or the flowers in her bedroom wallpaper turning blue very seriously. She on the other hand is convinced that it symbolizes her impending death. Proving him wrong is not what END_OF_DOCUMENT_TOKEN_TO_BE_REPLACED 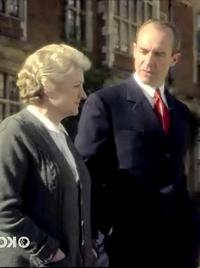 The fifth series of Miss Marple continued on Masterpiece Mystery last Sunday with a new episode, The Secret of Chimneys. I was not familiar with this Miss Marple mystery novel written by Agatha Christie in 1925, so I just sat back and let it take me by surprise. It certainly did. There was distinct difference in this episode. The script, direction and editing were a cut above the normal fare which piqued my curiosity to investigate the original novel and the production team. I do not know whose feet I should throw all the accolades at or who deserves the laurel wreath of distinction, but screenwriter Paul Rutman, director John Strickland and film editor Nick Arthur made a triple play worthy of Eric Bruntlett. This is the best Miss Marple episode I have seen so far in the new Julia McKenzie reign. Fast paced, packed full of red herrings and double takes, I was questioning each character’s motives and analyzing every possible clue to the last, and then was totally surprised by the final reveal. END_OF_DOCUMENT_TOKEN_TO_BE_REPLACED 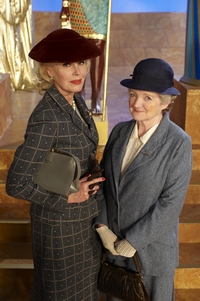 Spinster sleuth Miss Marple returned to Masterpiece Mystery last Sunday with her sensible shoes and ingenious deductions in one of Agatha Christie’s venerable warhorses, The Mirror Crack’d from Side to Side. What true classic mystery aficionado has not seen one of the movie adaptations of this wonderful 1962 book of the same name? It has been trotted out no less than two times prior to this new production showcased by former Miss Marple’s: Angela Lansbury and Joan Hickson. Now Julia McKenzie gets her chance to slip into the Marple mantle and solve a double murder at a grand manor house  in her own village of St Mary Mead.

The game is afoot as crime season begins again on Masterpiece Mystery on PBS this Sunday, May 2nd. The 2010 line-up offers the best in British mysteries presenting a great selection of super sleuths to feed any whodunit addict’s desire for murder and mayhem. Returning in new episodes will be Michael Kitchen in Foyle’s War, Julia McKenzie as Miss Marple, David Suchet as Hercule Poroit, Kevin Whatley as Inspector Lewis and Kenneth Branagh in Wallander. Joining these five master detectives will be the new series Sherlock, a modern day spin on Sir Arthur Conan Doyle’s popular Sherlock Holmes staring Benedict Cumberbatch as the enigmatic detective. Airing on Sundays at 9:00 pm the series will also feature actor Alan Cumming who returns as host adding more quirky commentary to set the mood. Here is a preview of the summer – fall season. END_OF_DOCUMENT_TOKEN_TO_BE_REPLACED 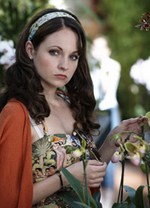 The fourth and final episode for this season of the Miss Marple Mysteries aired on Sunday, July 26th on Masterpiece Mystery with Why Didn’t They Ask Evans?, a new adaptation of Agatha Christie’s 1934 novel on PBS. The new Miss Marple Julia McKenzie is growing on me. I will admit that change is hard, but in this last production she won me over as she energized the old gal into action, adding a new dimension to the character that her predecessors Joan Hickson (1982-1992) and Geraldine McEwan (2004-2007) had not revealed.

Bobby Attfield (Sean Biggerstaff) discovers a body on the edge of a cliff near his home in Wales whose last mysterious words were, “Why didn’t they ask Evans?” prompting him to discover the victim’s identify and unravel the riddle. Joining him in the investigation is his childhood friend, the beautiful but bored Lady Frankie Derwent (Georgia Moffett), who is more than willing to drop all her social engagements in favor of this new adventure in sleuthing. Together they bicker and blunder END_OF_DOCUMENT_TOKEN_TO_BE_REPLACED 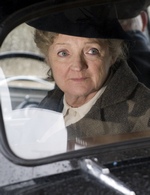 The third episode of the Miss Marple Mysteries aired on Sunday, July 19th on Masterpiece Mystery with They Do It With Mirrors, a new adaptation of Agatha Christie’s 1952 novel on PBS. The new Miss Marple Julia McKenzie adds a sympathetic and knowing mantle to her interpretation of the famous elderly detective of St. Mary Mead, ever-ready to volunteer her sharp eye and deductive reasoning to solve a crime. Who says old ladies are sedentary, dim-witted and forgetful? Not Miss Marple!

Jane Marple’s glamorous friend Ruth Van Rydock (Joan Collins) is concerned about her sister Carrie Louise (Penelope Wilton). Strange goings on at her home seem to be escalating; the most recent a suspicious fire in her office destroying her personal papers. On the premise of a social visit, Miss Marple arrives at Stonygate, Carrie Louise’s large estate that also doubles as a correctional facility for END_OF_DOCUMENT_TOKEN_TO_BE_REPLACED 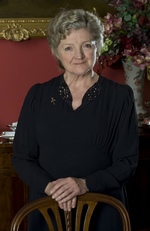 The second episode of the Miss Marple Mysteries aired on Sunday, July 12th on Masterpiece Mystery with Murder is Easy. The new Miss Marple Julia McKenzie continues to improve in her interpretation of Agatha Christie’s amateur detective who may look like a harmless and kindly elderly lady, but is as sharp as her knitting needles.

Miss Marple (Julia McKenzie) meets a stranger on a train who claims “murder is easy.”  The doddering Miss Pinkerton (Sylvia Syms) is on her way to Scotland Yard to report two suspicious deaths in her village and shares some scattered facts with Miss Marple during their short journey. When Miss Marple reads in the paper of her accidental death in the train station on the same day as their meeting, she may be the only person who knows of Miss Pinkerton’s suspicion that the deaths are indeed murders. She travels to the village of Wychwood-under-Ashe to reveal what she knows and discover the truth. The villagers are END_OF_DOCUMENT_TOKEN_TO_BE_REPLACED