Happy news for historical book lovers. The selection of new novels available in the next two months is so exciting. From forgotten events in history, to deep dives into the social machinations of Gilded Age New York, to feisty heroines and swoon-worthy heroes, the selection is deep and broad and satisfying for those who enjoy being emersed in another era.

Here is my curated list of my favorites to entice you.

“…firmly anchors readers during the stirrings of the hardly remembered French and Indian War. And in the middle of that storm, it shines a light on providential grace and the beauty of redemptive love.”— Kimberly Duffy, author of A Tapestry of Light and Every Word Unsaid

Christy Award-winning author Laura Frantz’s stories are set in 1800s American and include her signature attention to historical detail and emotional depth. A Heart Adrift happens in 1755 during the French Indian Wars where a Virginia chocolatier and a privateering sea captain collide once more after a failed love affair a decade before. Shades of Jane Austen’s Persuasion?

THE LAST DANCE OF THE DEBUTANTE, by Julia Kelly (Jan 4)

“Kelly’s descriptions of the glamorous, though long nights, are captivating. The pressure these young women feel to impress and make the right match is exhausting, and Kelly evokes compassion for her characters. The story is full of allure, society scandals, and the determination for these young women to eschew the dying traditions of the time.” —Booklist

The international bestselling author of The Last Garden in England, and The Light Over London, Kelly is known for extraordinary stories from the past. The Last Dance of the Debutante explores 1958 London, the last official year debutantes were presented at court. The story follows three bright young things during the Season who are hiding dark secrets.

OUR KIND OF PEOPLE, by Carol Wallace (Jan 11)

“…a smart, perfectly executed look at New York City in the Gilded Age…Wallace does full justice to the era’s conventions, and her characters’ attempts to navigate meteoric social and technological change are recognizably and deliciously modern. Fans of Daisy Goodwin and Curtis Sittenfeld will relish this.”— Publishers Weekly (starred review)

My initial attraction to this novel was the “Gilded Age” setting in New York, however, the fact that Wallace is an authority on the era, evidenced in her nonfiction work To Marry an English Lord, totally sold me. If serendipity tickles your fancy, writer and creator Julian Fellowes was so inspired by Wallace’s research he created the television series Downton Abbey. Later this month his new period drama series, The Gilded Age, premiers on HBO. Wallace’s connection to both television productions, and her impeccable timing and talent, should make this a bestseller!

In the late eighteenth century, the Empress Maria Theresa of Austria made brilliant matches for her sixteen children, aligning them with the nobility of Europe. Daughter Marie Antoinette married the King of France and was famously executed during the revolution. Her sister Charlotte married the King of Naples and faced her own set of challenges with court intrigue, and power struggles. Recommended for those who love immersive, atmospheric historical fiction filled with Royalty and intrigue.

“…Wilson pulls off even the most outrageous twists with aplomb. Meanwhile, though the romance stays chaste, the couple’s chemistry is off the charts. This page-turner will have readers on the edge of their seats.”— Publisher’s Weekly

I am so pleased that historical suspense novels are growing in popularity due in part to writers like award-winning Abigail Wilson who can spin a tale combining historical mystery, Gothic elements, and romance. Twilight at Moorington Cross features a Regency-era heroine who surprisingly will inherit a fortune if she marries one of two named men she has never met, yet she loves another. Coupled with the mysterious death of her benefactor and you have the ingredients for an addictive read.

THE SIREN OF SUSSEX: THE BELLES OF LONDON (BOOK 1) by Mimi Matthews (Jan 11)

“Matthews brings the Victorian era to vivid life with meticulously researched details and an impossible romance made believable and memorable.”— Booklist (starred review)

Bestselling historical romance author Mimi Matthews is a master at immersing her readers in the era of her novels and building romantic tension. In The Siren of Sussex, a bluestocking equestrienne on a mission to marry well to save her family, and a talented, half-Indian fashion designer join forces in Victorian London to achieve recognition and success in their own fields of endeavor. Falling in love was an added surprise.

“A sparkling retelling of My Fair Lady set in an alternate 1830s London… readers will connect to both Penelope’s and Elijah’s desires to remain true to themselves in a world that would prefer them to stay on the margins.”— Kirkus Reviews (starred review)

We were duly charmed with Cohen’s debut novel, Dangerous Alliance. Next up is a gender swapped retelling of Shaw’s play, Pygmalion, which became the Broadway musical My Fair Lady. My Fine Fellow features an early Victorian culinary matchup of a female Royal Academy chef determined to become a star in high-society and the transformation of a male street vendor to a gentleman chef. 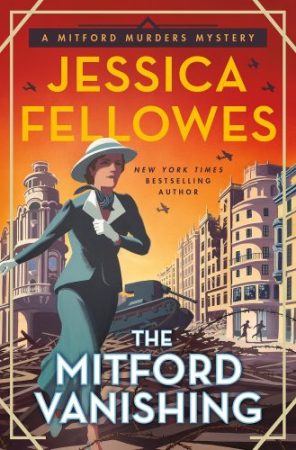 In the fifth installment in the bestselling Mitford Murders series, Fellowes continues the mysteries surrounding the infamous and fascinating Mitford sisters, inspired by real-life murders and family lore. In 1937, while war with Germany is looming and Civil War rages in Spain, the Mitford’s former maid, now a private detective working with her policeman husband, investigates two disappearances in Spain: Jessica Mitford, and a soldier on the front. I highly recommend this series for those who enjoy exploring the lives of the Mitford clan, English history, and twisty plots.

“Lowell’s finely wrought characters don’t have it easy when it comes to navigating restrictive Victorian society, but even their most outrageous actions ring true. Readers will be swept away by this entrancing, intelligent romance.”— Publishers Weekly (starred review)

I adore clever plots with big character arcs in romance stories. The Runaway Duchess offers an interesting twist when the pampered heroine marries a vile duke and then escapes by impersonating a commoner. Mistaken identity tropes are always fun, especially when you reach that moment when the truth is out, and all is lost! How does Lowell’s feisty heroine solve her dilemma? You must read The Runaway Duchess to find out. 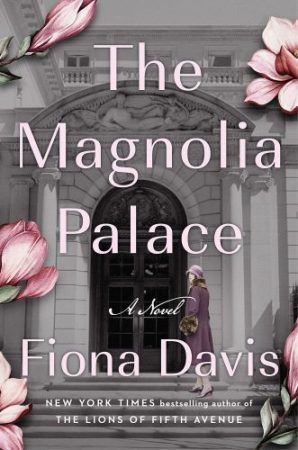 THE MAGNOLIA PALACE: A NOVEL, by Fiona Davis (Jan 25)

“Rich with family drama, tangled romance, cryptic clues and long-buried secrets, The Magnolia Palace is sure to be loved by Fiona Davis’s devoted and new readers alike. A can’t-miss for anyone who has sauntered through an art museum and found themselves tempted to peek behind a painting or two…”—Sarah Penner, New York Times bestselling author of The Lost Apothecary

New York Times bestselling author Fiona Davis has made a career out of writing historical novels inspired by iconic New York City buildings! In The Magnolia Palace, a dual time-line story, she explores secrets, betrayal, and murder from 1919 within one of New York City’s most impressive Gilded Age mansions owned by the infamous Frick family, and now a museum that you can visit.

“Immersive, reflexive and propulsive, The Christie Affair is an extremely impressive literary novel which reveals its hidden themes and secrets through a narrative dance brilliantly done. This tale of two very different women who want the very same things in life forges surprising bonds both with its characters and the reader, deliciously subverting our notions of what makes a heroine, mother, writer and wife.”— Natalie Jenner, bestselling author of The Jane Austen Society

Many have imagined why famous mystery novelist Agatha Christie disappeared for eleven days in 1925. I have read the novels and seen all the movies. Have you? Debut author Nina de Gramont gives us another perspective—from Miss Nan O’Dea, the woman who became Archie Christie’s mistress, luring him away from his devoted and well-known wife, Agatha Christie. Mic drop. Need I say more?

JANE AND THE YEAR WITHOUT A SUMMER: BEING A JANE AUSTEN MYSTERY (BOOK 14), by Stephanie Barron (Feb 8)

In 1816, Jane Austen travels to Cheltenham Spa in Gloucestershire for a restorative holiday with her sister Cassandra. While there, a brutal murder at a masked ball stuns the community and stumps the local authorities, prompting Jane to use her keen skills of observation and deduction to solve the mystery. Baron’s fourteenth and penultimate novel in the series is beautifully crafted with fact and fiction. An absolute “must read” for Janeites and mystery fans.

I had a wonderful time researching the books on this list. Several are already favorites and the rest are in my TBR pile. Which books are must reads for you?

Have a happy new year of reading!

We received review copies from the publishers in exchange for an honest review or purchased the books for our own enjoyment. Cover images compliments of the respective publishers who hold the © 2022; text Laurel Ann Nattress © 2022, austenprose.com 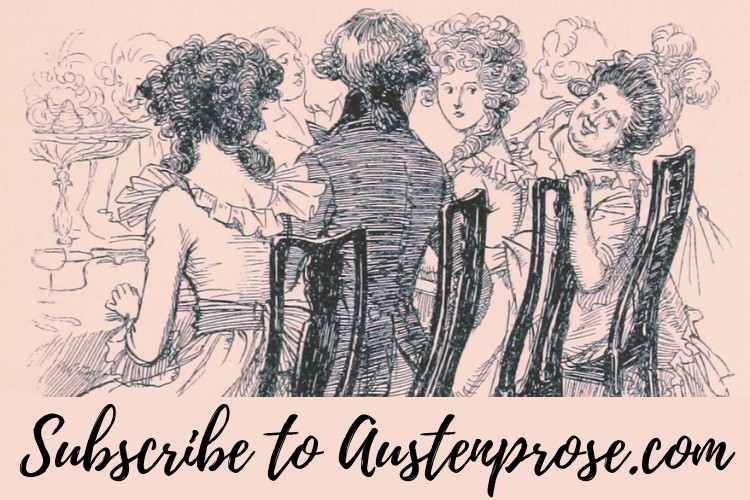