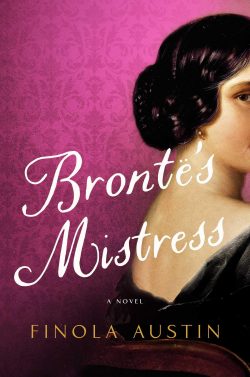 Hey-ho dear readers. How is your summer going so far? What have you been reading?

My TBR pile is still out of control, but I have managed to enjoy several very diverse genres from romcoms to Austenesque to nonfiction writing books. I have Indulged my “imagination in every possible flight,” and I have no regrets. Reading books, watching movies, and gardening have been my salvation during these troubling times.

Top on my list of fabulous new books is Brontë’s Mistress, an amazing historical fiction novel brought to life by the meticulous research and searing prose of Finola Austin. This dazzling debut story explores the scandalous love affair between Branwell Brontë, brother of the famous literary sisters, and Lydia Robinson, a married woman, mother, and employer of Branwell, her son’s innocent tutor.

Here is a book description from the publisher and an exclusive excerpt from the author for your enjoyment. Brontë’s Mistress releases on August 4th, 2020, so be sure to add it to your TBR pile. Please return on August 3rd for our review.

Yorkshire, 1843: Lydia Robinson—mistress of Thorp Green Hall—has lost her precious young daughter and her mother within the same year. She returns to her bleak home, grief-stricken and unmoored. With her teenage daughters rebelling, her testy mother-in-law scrutinizing her every move, and her marriage grown cold, Lydia is restless and yearning for something more.

All of that changes with the arrival of her son’s tutor, Branwell Brontë, brother of her daughters’ governess, Miss Anne Brontë and those other writerly sisters, Charlotte and Emily. Branwell has his own demons to contend with—including living up to the ideals of his intelligent family—but his presence is a breath of fresh air for Lydia. Handsome, passionate, and uninhibited by social conventions, he’s also twenty-five to her forty-three. A love of poetry, music, and theatre bring mistress and tutor together, and Branwell’s colorful tales of his sisters’ elaborate play-acting and made-up worlds form the backdrop for seduction.

But Lydia’s new taste of passion comes with consequences. As Branwell’s inner turmoil rises to the surface, his behavior grows erratic and dangerous, and whispers of their passionate relationship spout from her servants’ lips, reaching all three protective Brontë sisters. Soon, it falls on Lydia to save not just her reputation, but her way of life, before those clever girls reveal all her secrets in their novels. Unfortunately, she might be too late.

Meticulously researched and deliciously told, Brontë’s Mistress is a captivating reimagining of the scandalous affair that has divided Brontë enthusiasts for generations and an illuminating portrait of a courageous, sharp-witted woman who fights to emerge with her dignity intact.

I had risen at his entrance half unconsciously, and now, as he came toward me, I could see that he was shorter than I’d thought when I saw him from the window, not much taller than me.

His face, though, was full of character. Sharp jaw, imperial nose, and abundant chestnut hair, much darker and redder in color than his sister’s and so curly it gave him the appearance of a child despite the beard that covered his chin.

Mr. Brontë cleared his throat as he waited for me to stop staring, hovering by the painted chair opposite me.

“I trust your first few weeks at Thorp Green have been comfortable, Mr. Brontë,” I said, retaking my seat and fidgeting my hands below the table, hidden from him.

“Very comfortable, Mrs. Robinson. I owe you thanks for trusting Anne’s recommendation,” he said, flicking up the tails of his coat to sit.

Oh, yes. Miss Brontë was another “Anne.” Like Marshall and our hapless housemaid, Ellis. Perhaps, for him, the name “Miss Brontë” conjured the other one, “Charlotte.” And wasn’t there a third sister too?

“All my husband’s doing, I assure you,” I said quickly. “Ned is only ten and might have stayed longer with the girls, I think. He would have learned enough Latin from your sister to prepare him for Cambridge, but what do I know of such things?”

He did not reply. His silence struck me as insulting rather than deferential.

Miss Brontë, too, had been quiet at our first interview, but she had quaked in anticipation. Her eyes had skated across the floor as if watching a mouse, and she’d answered me in monosyllables or with a tactless innocence about the ways of the world.

“Why did you leave your last employers, the Inghams, Miss Brontë?” I’d asked, smiling to try to reassure her.

“They were unkind to me,” she’d answered.

Unkindness. I had been indifferent toward her, yes, once I’d discovered what she really thought of me, but at least she couldn’t accuse me of that.

I tried once more to engage the brother, to play the lady of the manor, although the household had run just as smoothly during my absence at Yoxall Lodge, and now even this young man was more necessary to its operation than I was.

“You have met all my children, I think?” I ventured.

“Yes. Ned is a good-natured boy, and your daughters are charming.” Mr. Brontë’s face broke into a smile.

I swallowed my annoyance. “Yes, Mr. Brontë,” I said, clasping my hands on the desk. “That is why I wished to speak with you.”

The smile faded. He looked troubled. His eyes wandered from mine to my cheek to my hands, making me flush at his impertinence. He was taking me apart and putting me back together, puzzling me out. “Indeed?”

“My daughters, Mr. Brontë, they are young and—how was it you put it?—charming. Miss Robinson, Lydia, my eldest, in particular is considered something of a beauty.” As I was once, I nearly added, but I couldn’t risk being met by a look of disbelief or patronizing indulgence.

“Mrs. Robinson, I hope you don’t think— I was commenting only on their sweet dispositions,” Mr. Brontë said, leaning across the table, his palms upturned for emphasis, his words spilling over each other in his desire for me to understand.

I could accept, even boast, that Lydia was beautiful, with her gold ringlets and periwinkle-blue eyes, and it was true that she could be charming. But a sweet disposition? If only young men could see the girls who dominate their imaginations when the door is closed or the dance is done. All too often, I had suffered the sting of Lydia’s slaps and stood in the tidal waves of her anger. And as for Bessy, my second daughter was ever gallivanting around the property, falling from horses, scraping her knees, and eating with the appetite of a boy. She would have been a stable lad if left to follow the cues of her own nature.

“This is not an admonishment, Mr. Brontë,” I said, after leaving him to sweat for a moment. “I only wish to rely on you as a gentleman and a friend.”

And then I did something extraordinary. Without making the decision to do so, I placed my hand on top of his.

Finola Austin, also known as the Secret Victorianist on her award-winning blog, is an England-born, Northern Ireland-raised, Brooklyn-based historical novelist and lover of the 19th century. By day, she works in digital advertising. Find her online at FinolaAustin.com. Brontë’s Mistress is her debut novel.

3 thoughts on “A Preview of Brontë’s Mistress: A Novel, by Finola Austin” 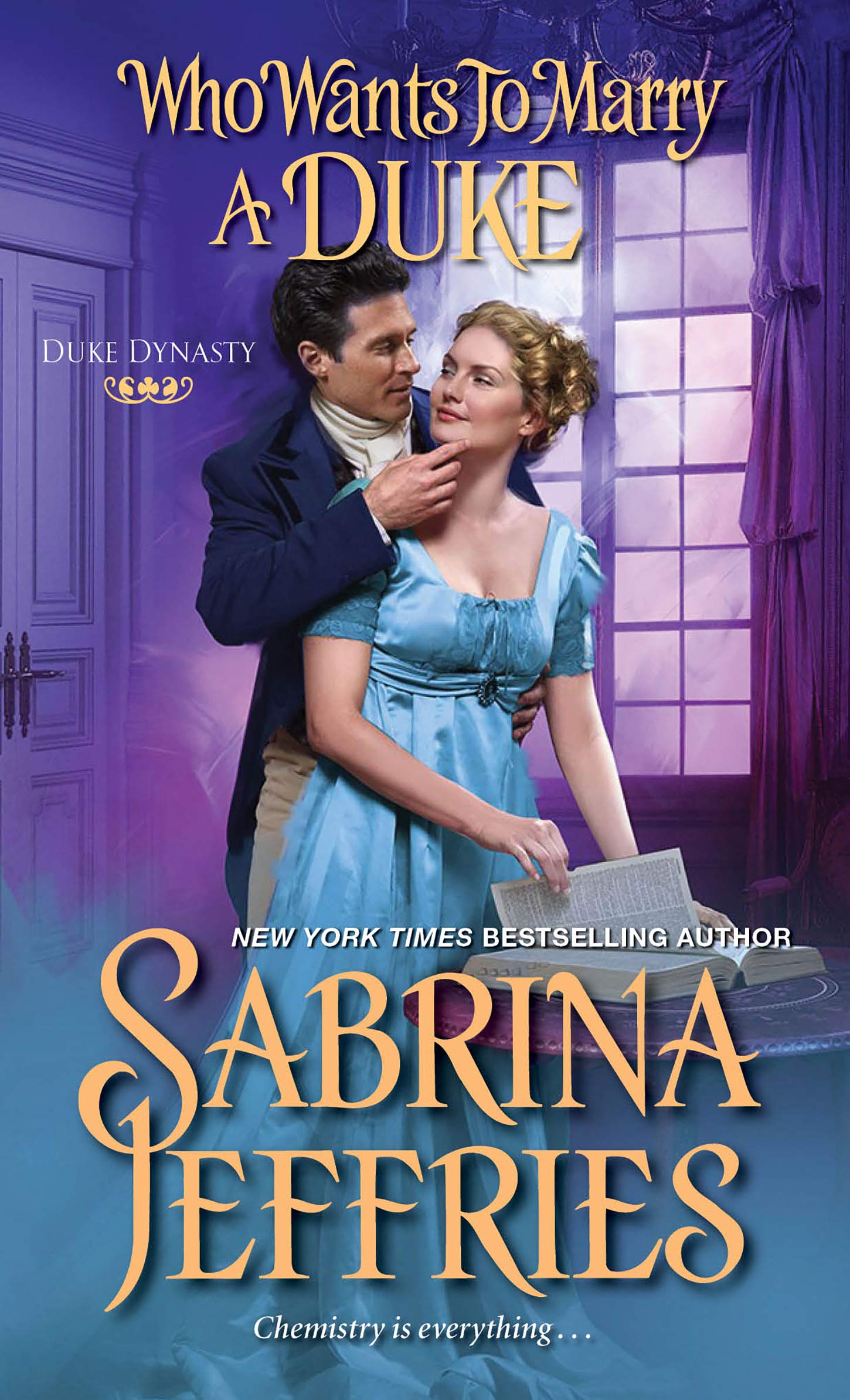