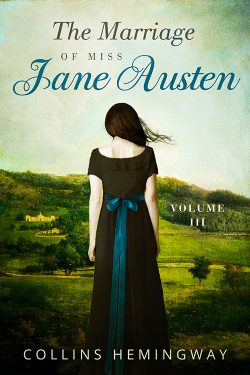 There are hundreds of Austenesque books inspired by Jane Austen’s characters; namely featuring Elizabeth Bennet and Mr. Darcy who really dominate the field. Interestingly, there are few inspired by the authoress herself. Bestselling author Syrie James has written two: The Lost Memoirs of Jane Austen (2007) and Jane Austen’s First Love (2014); and Shannon Winslow gave us The Persuasion of Miss Jane Austen (2014). There have been others over the years including Stephanie Barron’s excellent Being a Jane Austen Mystery series. Recently, Collins Hemingway added to this subgenre of Austenesque fiction with the publication of his third book in his The Marriage of Miss Jane Austen series.

Jane Austen as a fictional character is a challenging concept. Since we know only about her life from her remaining letters and family biographies, creating a novel around her life can ask the reader to take a leap of faith and join the author on a journey that they imagine for Austen. This is what Hemingway has done. He has taken known facts of her life and the history of the Regency era and fictionalized her into being the heroine of her own story. I rather like the concept of turning a writer who creates characters and stories into one who lives her own adventures. Here is a description of The Marriage of Miss Jane Austen, Volume III from the publisher and an exclusive excerpt for your enjoyment.

In the moving conclusion to The Marriage of Miss Jane Austen, Austen and her husband struggle with the serious illness of their son, confront a bitter relationship with the aristocratic family who were once their friends, and face the horrific prospect of war when the British Army falters on the continent. The momentous events of the Napoleonic wars and the agonizing trials of their personal lives take the family to a decision that will decide their fate—and Jane’s future—once and for all.

Critics and readers alike have praised The Marriage of Miss Jane Austen for its insightful inner portrait of Jane Austen as well as for the sweeping canvas it presents of the Regency Era and Napoleonic wars. The trilogy spans the full arc of a mature relationship. Volume I is a courtship novel told with Austenian charm. Volume II is a deep psychological portrait of a woman’s experience in the first year of marriage. Volume III is the climax that will test Austen’s physical courage and moral convictions. Historically accurate and dovetailing with what little we know of Austen’s life in her late twenties, the novels provide a thoughtful, emotionally satisfying look at life for women in the early 1800s.

Jane made her brisk way up to the Greek temple from which she would have a clear view of the estate. Today, for some reason, she needed elevation, as if by gaining the purer air of altitude she could rise above her sooty mood. Her route took her through the hedgerows and the park, around the manmade lake, and up the rise. Their home, below but also on a small rise, was fronted by the lawn, the brook, and the meadow. Behind the main building were the pond, the stables, and the usual out-buildings needed to support a country house. She and Ashton had returned from Southampton after the difficult but ultimately safe delivery of Mary’s baby, a girl named Mary Jane. Frank’s wife had suffered fainting spells all during her pregnancy; and her delivery, just a few months after Jane’s own, reminded Jane vividly of the complications she herself had suffered. Like Jane, however, Mary made a rapid recovery. Within a few days, Jane and Ashton felt free to start for home.

And now, finally, she felt safe enough to address her fears about her own baby. She could not believe there was anything wrong with George, who had filled out as plump and strong as a piglet. But simultaneously she could not fully dispute the indications that some things were not quite right with him either. She had no definitive knowledge of the speed at which a baby developed, but she had a lifetime of caring for the children of her relatives, as well as her own instincts as a mother. She could not consider the possibility of what might be wrong without considering the many things that were right. George was happy; he smiled and gurgled with pleasure whenever they played with him. His sense of touch was superb. His taste was acute—he loved honey when she dabbed it on his tongue and pulled the most awful face with something sour. His sight seemed fine—he lit up whenever he saw her. When they were together, he stared so intently he might have been trying to penetrate her soul.

His hearing, she had to admit, was problematic. There were times, when she took George from the nurse, that he turned to her expectantly as if he recognized her voice. Yet at other times, he did not seem to react to sound at all. This circumstance was such a contradiction to his violent response to noise in the womb that she could not reconcile the difference. She knew of one or two children who had lost their hearing as the result of disease, but she had every reason to believe that his hearing problems must be temporary, an inflammation from the colds that came with the clammy smoke of winter life. But the thought struck her: What if, when he turned to her when he could not see her, he was reacting to her scent and not her sound? A baby must know his mother’s smell.

Rationally, she could explain the issues to herself and expect that they would all come good in time. She sighed, looking about her at the beautiful spring day, the patterns of pleasing green, the shadows of clouds creating a gentle shifting mosaic over the land, the breeze caressing her arms and face. This was the land she would show her little boy. She would ask him about the shapes he found in the clouds and teach him the names of flowers. With her next intake of breath, she hated the beauty and peace around her. How could the world be so unaccountably bright when her fears and worries were so dark? (Chapter 3)

Collins Hemingway lectures regularly on Jane Austen and the Regency period. He has published in Austen academic journals and is a regular contributor to Jane Austen’s Regency World magazine. In addition to his ventures into historical fiction with the three volumes of The Marriage of Miss Jane Austen, he has also authored five nonfiction books on topics as varied as business, science, and corporate values. He is a member of the Southern Oregon and Oregon-Southwest Washington regions of JASNA.

While Austen’s novels have been criticized for not including enough realism of her Regency world, including war and political issues, Hemingway appears to have taken the opposite tack by filling in her omissions. Jane Austen also marries and has children in his novels, a wish-fulfillment for many readers who find solace in the idea of their favorite author being in love and experiencing the same significant life events that she gave her heroines and heroes with their own trips to the altar and a bit of their life after the nuptials. If you would like to fulfill your ultimate Austen fantasy, then these books could be a satisfying experience.

3 thoughts on “A Preview of The Marriage of Miss Jane Austen, Volume III, by Collins Hemingway” 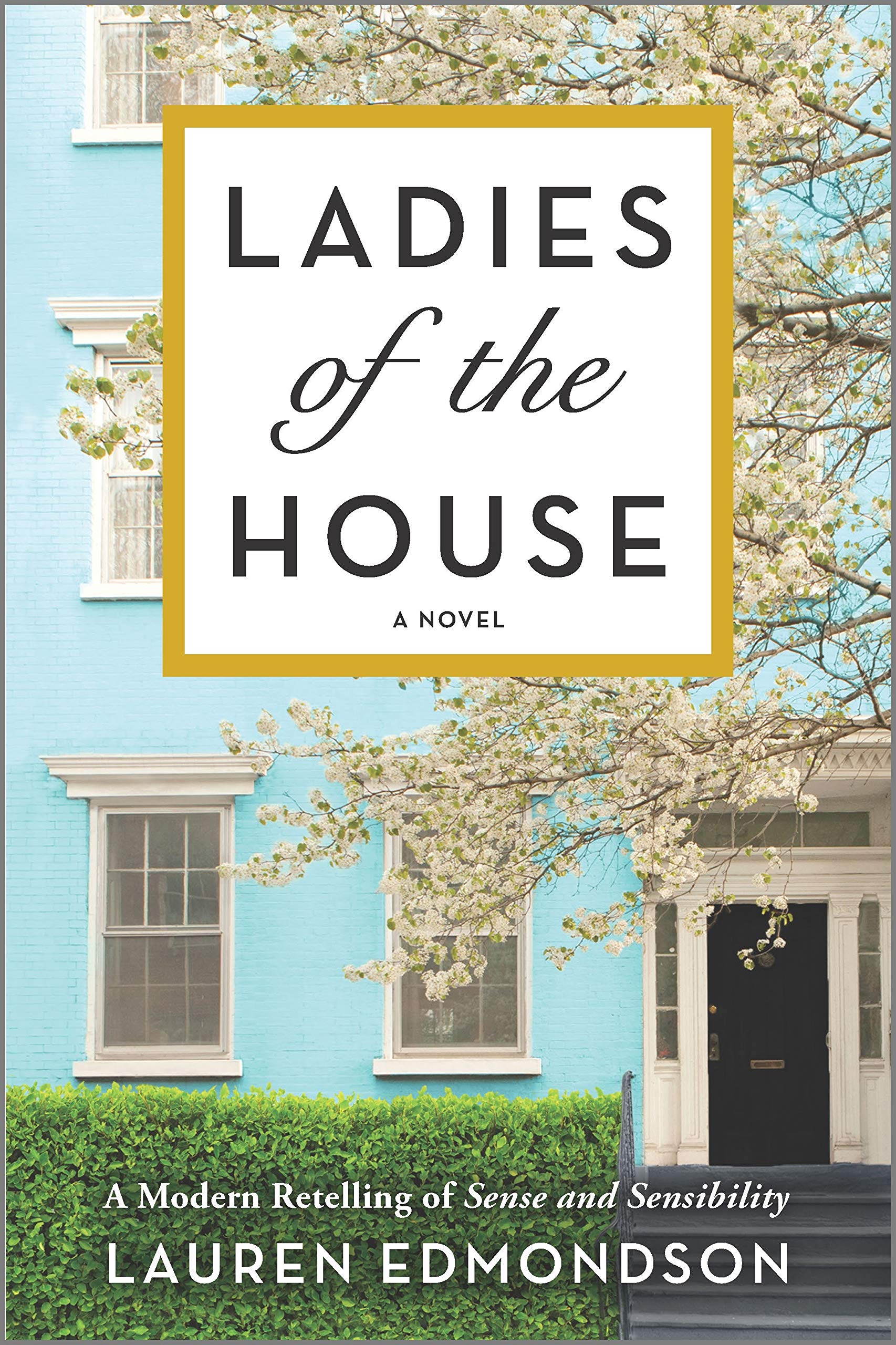