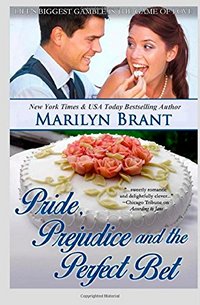 Why is it that Jane Austen’s novels, particularly Pride and Prejudice, have had so many continuations, sequels, and contemporary versions based off of the originals? It’s not just the fact that her books are classics—after all, you don’t see many contemporary versions of Jane Eyre. Or Dickens. How many modern versions of Oliver Twist have you read lately? Don’t get me wrong—the brooding hero, quiet governess, gothic mystery, and melodrama are characters and themes loved by many fans, but there’s just something about Jane Austen’s wit, happy endings, realistic romance, and down-to-earth heroes and heroines that transcends space and time. Whereas Jane Eyre and Oliver Twist (and countless other classics) can only be updated with difficulty because of their two-dimensional characters and highly improbable circumstances, Pride and Prejudice, Emma, Persuasion, etc. have complex characters facing realistic issues, and can be updated to virtually any situation, generation, or social class.

In Marilyn Brant’s latest contemporary reimagining, Pride, Prejudice and the Perfect Bet, the story focuses not on Elizabeth and Mr. Darcy, but rather on the often-overlooked secondary characters in Austen’s original, Jane Bennet and Mr. Bingley, as they participate in the perfect bet—the bet of true love!

Bingley McNamara has only known one female who hasn’t fallen for his charming front, and he has the current misfortune to be constantly thrown together with her as the Best Man and Maid of Honor at his cousin’s wedding. Ever since his kiss with Jane Henderson at Beth Ann Bennet and Will Darcy’s engagement party, the Maid of Honor’s been giving him the silent treatment. With a hatred of being ignored almost as high as his hatred of being disliked, Bingley sets out to exploit the one chink in her perfect armor—her temper. Everyone else seems taken in by her nice front, but he’s convinced—with teasing, irritation, and of course, betting—that he can draw out her angry side.

Jane hates Bingley McNamara with a passion. He refuses to be serious, always manages to appear calm and in control, and is a complete flirt. Not to mention the fact that he’s the only person who has a problem with her niceness! It’s bad enough that she has to relive their kiss (and the subsequent betrayal she experienced on overhearing the bet he made about her), but she also has to spend the entire wedding and reception with him as well.

Just as the bride and groom drive away and Bingley and Jane breathe sighs of relief that they’ll never have to see each other again, they get recruited to help take care of Charlie, Beth’s son, while the Darcy’s are on their honeymoon. When their hatred turns into friendship and their truce turns into trust, will they both be able to stop hiding behind their masks and admit their growing feelings for each other?

At the end of Pride, Prejudice and the Perfect Bet there is a blurb (media quote) saying that Marilyn Brant is known for her “complex, intelligent” heroines, and while I haven’t read any of her other books, I definitely agree with this for Jane. She was a multifaceted character whose realistic dilemmas and feelings made it very easy to empathize with her. This also applies to Bingley—he was a complicated and imperfect character who had his own issues to work out, which made his strengths all the more endearing.

While based on Austen’s original characters, Brant’s Jane and Bingley have some key differences that may disappoint Jane Austen purists. Bingley is Mr. Darcy’s cousin, and a bachelor playboy who is much more forthright (and has more depth) than Jane Austen’s Mr. Bingley, and Jane is Beth’s best friend–a woman who covers her true emotions by always acting nice, but who has a temperament more like the original Elizabeth Bennet. While these differences (and others) can be seen as a negative, Marilyn Brant added enough of a twist to Jane and Bingley that they stand out as both a tribute to Jane Austen’s originals and an entirely new literary creation.

Pride, Prejudice and the Perfect Bet is a light read—but I don’t say that to trivialize it. This book has emotional depth, and the insight found in its pages both entertains and teaches the reader. But like Jane Austen’s novels, which focus on characters in realistic situations, Perfect Bet doesn’t use melodramatic surprises like an insane woman locked in the attic, or an evil Fagan villain tormenting children. As with the original Pride and Prejudice, it ends happily and is a touching, funny, romantic, and entirely enjoyable read.

Read our review of Pride, Prejudice and the Perfect Match

6 thoughts on “Pride, Prejudice and the Perfect Bet, by Marilyn Brant – A Review”