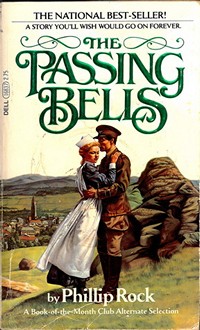 In 1980 a read a book about an aristocratic English family during WWI that I absolutely adored. I was so enthusiastic about it that I promptly loaned it to my best friend who never thought of it again until about a year later when I asked for it back. She had no idea where my copy was. I was devastated. Unfortunately, I had forgotten to write down the title or author. I could only remember that bell was in the title.

Decades passed and the book never left my list of “to find titles.” When Internet search engines and online used book stores became available to me I searched again to no avail. Last month I was perusing the new release table at work and a book title caught my eye. The Passing Bells sounded vaguely familiar so I read the back description and checked the copyright date. “Originally published in 1978.” I stood and stared at the cover in stunned silence. I had found it again. It was a book miracle. After never giving up the search—we had been reunited—and, better yet, it was part of a trilogy! A red letter day all around for this book geek.

I immediately purchased a digital copy for my Nook and commenced reading. Would my endearing memory of the story of the Greville family entrenched in World War I stand up to my ideals so many years later? I was compelled to find out and share my conclusions with you all. I shall chuse to increase your suspense, “according to the usual practice of elegant females” by making you wait for my reviews of the trilogy before I reveal any insights, but here is a preview of each of the novels and a giveaway chance to win one copy of each of the novels compliments of TLC Book Tours and the trilogy’s new publisher William Morrow. Fans of the popular period drama Downton Abbey will see certain similarities and be as captivated as I was. 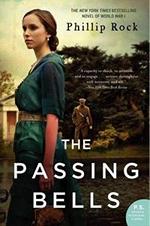 The guns of August are rumbling throughout Europe in the summer of 1914, but war has not yet touched Abingdon Pryory. Here, at the grand home of the Greville family, the parties, dances, and romances play on. Alexandra Greville embarks on her debutante season while brother Charles remains hopelessly in love with the beautiful, untitled Lydia Foxe, knowing that his father, the Earl of Stanmore, will never approve of the match. Downstairs the new servant, Ivy, struggles to adjust to the routines of the well-oiled household staff, as the arrival of American cousin Martin Rilke, a Chicago newspaperman, causes a stir.

But, ultimately, the Great War will not be denied, as what begins for the high-bred Grevilles as a glorious adventure soon takes its toll—shattering the household’s tranquillity, crumbling class barriers, and bringing its myriad horrors home.

A generation has been lost on the Western Front. The dead have been buried, a harsh peace forged, and the howl of shells replaced by the wail of saxophones as the Jazz Age begins. But ghosts linger—that long-ago golden summer of 1914 tugging at the memory of Martin Rilke and his British cousins, the Grevilles.

From the countess to the chauffeur, the inhabitants of Abingdon Pryory seek to forget the past and adjust their lives to a new era in which old values, social codes, and sexual mores have been irretrievably swept away. Martin Rilke throws himself into reporting, discovering unsettling political currents, as Fenton Wood-Lacy faces exile in faraway army outposts. Back at Abingdon, Charles Greville shows signs of recovery from shell shock and Alexandra is caught up in an unlikely romance. Circles of Time captures the age as these strongly drawn characters experience it, unfolding against England’s most gracious manor house, the steamy nightclubs of London’s Soho, and the despair of Germany caught in the nightmare of anarchy and inflation. Lives are renewed, new loves found, and a future of peace and happiness is glimpsed—for the moment. 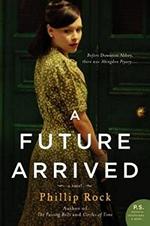 The final installment of the saga of the Grevilles of Abingdon Pryory begins in the early 1930s, as the dizzy gaiety of the Jazz Age comes to a shattering end. What follows is a decade of change and uncertainty, as the younger generation, born during or just after the “war to end all wars,” comes of age.

American writer Martin Rilke has made his journalistic mark, earning worldwide fame with his radio broadcasts, and young Albert Thaxton seeks to follow in his footsteps as a foreign correspondent. Derek Ramsey, born only weeks after his father fell in France, and Colin Ross, a dashing Yankee, leave their schoolboy days behind and enter fighter pilot training as young men. The beautiful Wood-Lacy twins, Jennifer and Victoria, and their passionate younger sister, Kate, strive to forge independent paths, while learning to love—and to let go.

In their heady youth and bittersweet growth to adulthood, they are the future—but the shadows that touched the lives of the generation before are destined to reach out to their own.

Born in Hollywood, California, Phillip Rock lived in England with his family until the blitz of 1940. He spent his adult years in Los Angeles and published three novels before the Passing Bells series: Flickers, The Dead in Guanajuato, and The Extraordinary Seaman. He died in 2004.

Enter a chance to win one copy of The Passing Bells, Circles of Time, or A Future Arrived, by Phillip Rock by leaving a comment revealing what intrigues you about the series and why it is a must read for Downton Abbey fans. The contest ends on 11:59pm, Wednesday, January 30, 2013. Winners announced on Thursday, January 31, 2013. Shipment to US and Canadian addresses only please. Good luck.

P.S. We are eternally grateful to the brilliant editor at William Morrow, who by choosing to re-issue this wonderful trilogy, solved my mystery book hunt of 30 years. Our only regret is that author Philip Rock is not with us still to enjoy the revival of his work.

69 thoughts on “Preview & Giveaway of The Greville Family Saga: The Passing Bells, Circles of Time, and A Future Arrived, by Phillip Rock”