Put on you party hats and rip open the streamers. Today is Jane Austen’s 235th birthday! Even Google is getting into the spirit. Isn’t the banner they are displaying today lovely?

Welcome to the Happy Birthday Jane Blog Tour sponsored by Maria Grazia of My Jane Austen Book Club blog. If you have joined the party in progress, you have landed on one of the fifteen Austen bloggers or Austenesque authors that are honoring our favorite author today. The full list of participants is listed at the bottom of this blog post.

In addition to celebratory posts in honor of our dear Jane, there are tons of giveaway prizes. Just leave a comment before December 22, 2010 on one or all of the blog posts on the tour to multiply your chances of winning more of the prizes. Full details of the giveaway can be found on the My Jane Austen Book Club blog who will be announcing the winners. 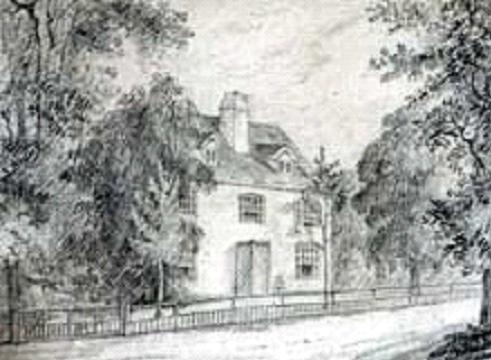 The Birth of a Genius

Born on the 16 of December in 1775 at Steventon Rectory near Alton Hampshire, Jane entered this world during a record snow storm. She was the seventh child and second daughter born to Reverend George Austen and his wife Cassandra nee Leigh. Here is an excerpt from a letter written on 17 December, 1775 from Jane Austen’s father to his sister-in-law Susannah Walter:

‘You have doubtless been for some time in expectation of hearing from Hampshire, and perhaps wondered a little if we were in our old age grown such bad reckoners but so it was, for Cassy certainly expected to have been brought to bed a month ago: however last night the time came, and without a great deal of warning, everything was soon happily over. We have now another girl, a present plaything for her sister Cassy and a future companion. She is to be Jenny, and seems to me as if she would be as like Henry, as Cassy is to Neddy.’

It is the only remaining written reference to Jane Austen being called Jenny. 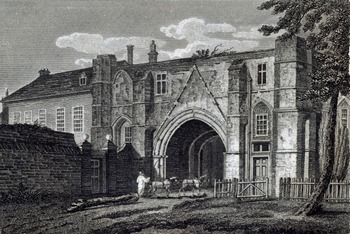 Educated briefly at The Abbey School in Reading, Jane was basically a home schooled girl. At the knee of her Oxford educated father Reverend Austen she read extensively from her father’s diverse personal library of classics and, wait for it, NOVELS. Books would be her biggest influence in forming her education. Yes. The Austen’s were novel readers. This dramatic emphasis may sound inconsequential today in the age when novels outsell nonfiction hand over fist, but in the late eighteenth-century when Austen was being educated, poetry was the preferred medium. Novels were considered low-brow fare. The novel as we know it today was only yet taking flight on the wings of Samuel Richardson, William Defoe and Henry Fielding. Austen was exposed to these writers through her father, and other more adventurous prose from Gothic fiction writer Anne Radcliffe and her favorite romantic novelist Fanny Burney. Another early influence upon her education was the family’s interest in theatricals. Many popular plays were produced by the Austen children setting the stage, so-to-speak, for her later talent in her novels for creating drama and emotion in her dialogue and building arcs in her plots. 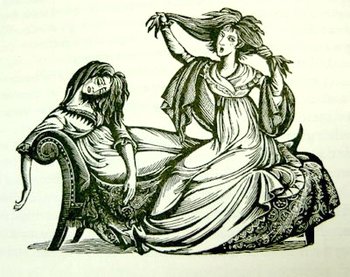 “Run mad as often as you chuse; but do not faint.” Love and Freindship

A Writer in the Making

Reverend Austen encouraged both of his daughters to develop their talents and nurtured their creativity by giving them expensive supplies for writing and drawing. From 1787 to 1793, Jane wrote several poems, stories and plays for the amusement of her family. These were later reassembled into her personal writing journals given to her by her father and transferred into a “fair copy” in three bound notebooks. These are now called her Juvenilia. They contain many comical, far-fetched and boisterous tales of murder, death and romantic melodrama. Exuberant and high-spirited, this was Austen as a writer in the making, totally unbound, experimenting with style, content and letting loose with her wildest imaginings. Among my favorites in this collection are Love and Freindship (yes, note the spelling of e before i), The History of England and The Beautiful Cassandra. You can view scanned images of the original manuscripts at Jane Austen’s Fiction Manuscripts Digital Edition online website. They are a real treat. 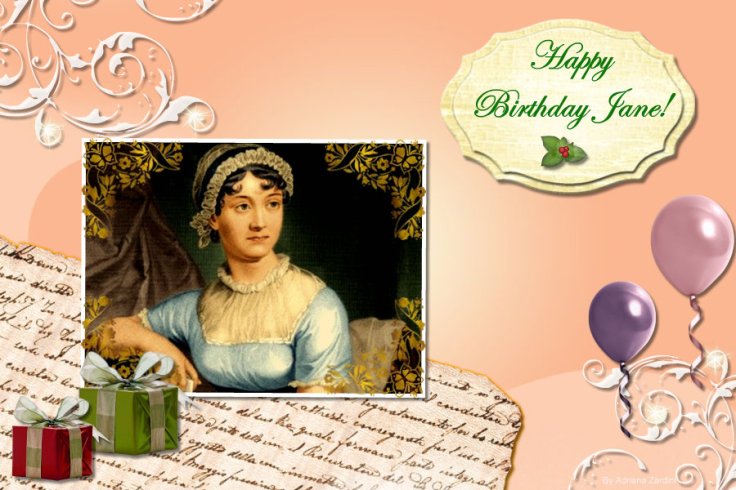 Get Your Free, Free, and did I say Free, Ebooks, for two days only!

In celebration of Jane Austen’s Birthday, Sourcebooks, the world’s leading publisher of Jane Austen fiction, is offering free digital downloads of ten of their popular sequels for two days only, December 16 and 17, 2010. I have placed links to the NookBook editions of each of the books being offered. Follow this link to my previous post listing all ten novels and six of the Jane Austen illustrated editions being offered today. Enjoy!

Here is a link to Sourcebooks for the free Jane Austen eBooks with all of the links to download for Kindle, Nook, iBooks, Sourcebooks, Google eBookstore and Sony eBookstore.

Happy Birthday Jane. Thanks for many, many hours of enjoyment.

84 thoughts on “Happy Birthday Jane Austen Blog Tour: A Celebration of her Legacy – Her Juvenilia”