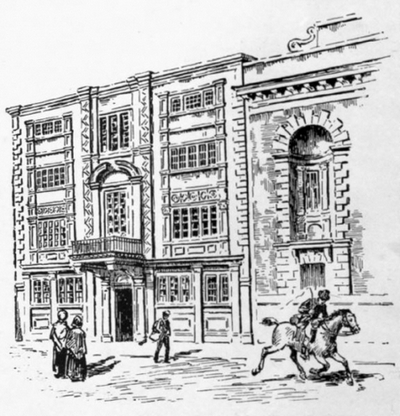 This correspondence, by a meeting between some of the parties, and a separation between the others, could not, to the great detriment of the Post Office revenue, be continued any longer. The Narrator, The Conclusion, Lady Susan

The Postal Service in 18th Century Britain: Letters and the Penny-Post

As the characters in Jane Austen’s epistolary novella Lady Susan send each other a flurry of letters, I was curious how they got to their destinations and how long it would take to send a letter from the Vernon’s residence at Churchill 30 miles to London. Vic (Ms Place) of Jane Austen’s World blog can always answer all my historical questions, and has kindly written about the Postal Service in Britain as a three part series:  1) Letters and the Penny-Post, 2) Post Roads and Post Boys, and 3) John Palmer and the Royal Mail Coach.

You can enjoy the first segement, The Postal Service in 18th Century Britain: Letters and the Penny-Post, and the next two will follow shortly. Thanks Vic for keeping us so well informed about all things Georgian & Regency.

10 thoughts on “A Soirée with Lady Susan: The Postal Service in 18th Century Britain: Letters and the Penny-Post”